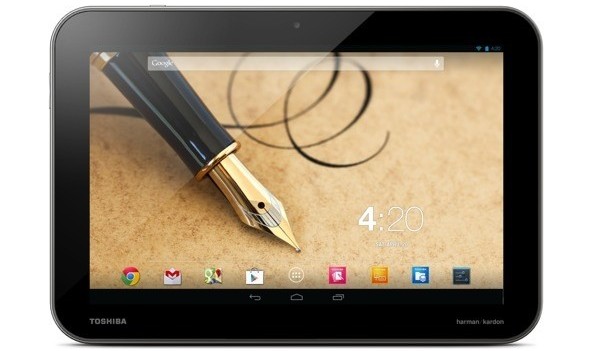 The star of the show is the Excite Write (above), a stylus-enabled slate which can detect 1024 point of pressure on its extremely high-resolution 2560×1600 pixel screen.

It will sport a Tegra 4 processor, 2GB of RAM, 32GB of internal storage, a 1.2MP front-facing camera and 8MP rear camera, Gorilla Glass 2 and Harmon Kardon speakers. Running Android 4.2.2 out of the box, the Excite Write will come with myriad ports (as Toshiba slates tend to) like mini-HDMI, microUSB and microSD.

The Excite Write will retail for $599 and compete directly against the Galaxy Note 10.1, though at that price point it’s hard to imagine how. 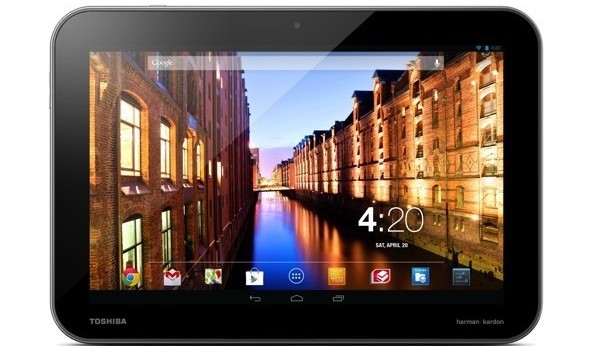 The $499 Excite Pro is virtually identical, both in design and specs, to the Write, but lacks the stylus and accompanying pressure-sensitive digitizer that goes along with it.

Impressive as the specs are — high-resolution panel, Tegra 4 processor, lots of storage, great speakers — they may not be enough to convince users to spend $500 on “yet another Android tablet.” There doesn’t seem to be anything particularly impressive or differentiating about the slate. 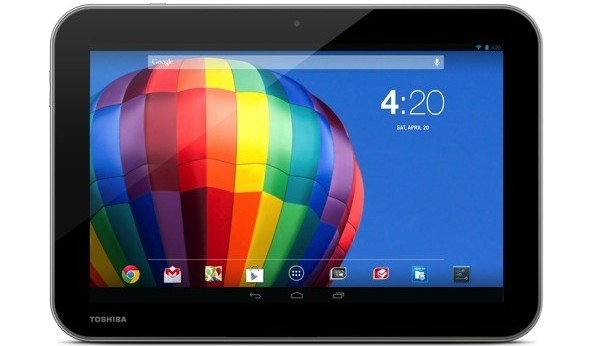 Perhaps the most enticing choice of the three new Excite tablets is the Pure, a $299 Tegra 3-powered device with half the resolution of the ones above.

The Excite Pure has a 1280×800 pixel IPS display, 16GB internal storage and the same ports — microSD, mini-HDMI and microUSB — as its more expensive counterparts. It also comes preloaded with Android 4.2.2.

We’ll see whether these devices come to Canada — previous Excite tablets did — but they all may need a price drop before they become truly competitive with Samsung and Asus.