The Transit App for iOS goes free for everyone with big 2.0 update 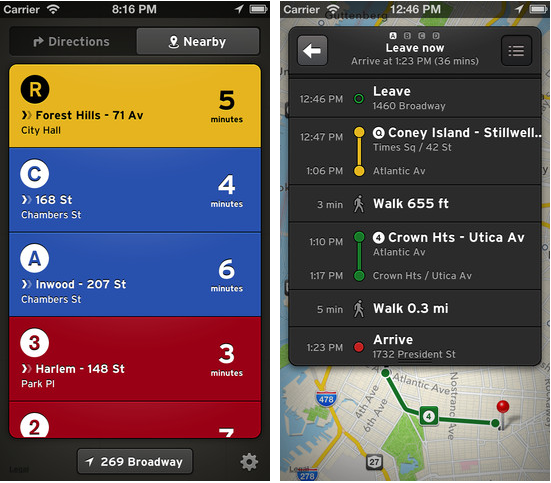 Since the introduction of iOS 6 and Apple Maps, transit apps have become all the rage. Apple’s own lack of public transit directions spawned a cottage industry of apps, but The Transit App from Montreal’s Sam Vermette has proven to be the easiest, the fastest and the most comprehensive. It supports all major transit networks in Canada, and is able to connect the dots between disparate systems.

With version 2.0, Vermette has befitted the app with real-time vehicle locations, per-agency mode filtering, better sorting in Nearby mode (which is where you’ll likely spend the majority of your time) and enormous performance improvements.

Best of all, Transit no longer charges for its premium features. Previously, the app was free with a $4.99 in-app subscription to enable an expanded list of nearby vehicles. The move is likely in directly response to Google Maps and its excellent and high-profile transit directions. The Transit App has an advantage in that it does one thing really, really well, and is still my go-to app for transit directions on iPhone.