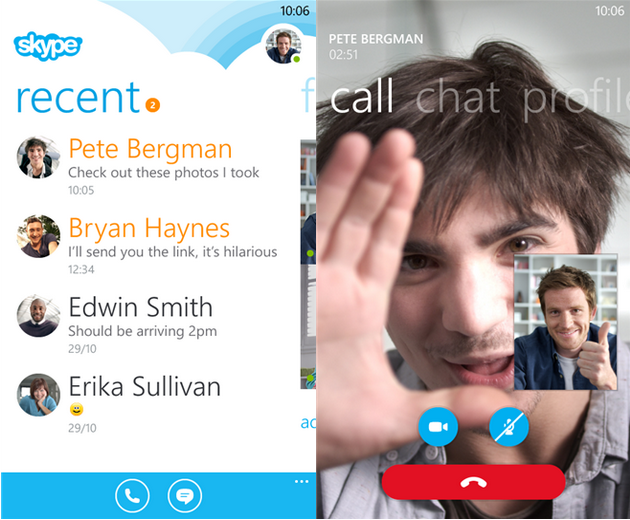 Skype for Windows Phone has shed its preview status and has been bumped up to version 2.5. While there aren’t many substantive changes to the app — those were added in the previous release — this one fixes many of the remaining bugs that plagued devices since its launch last year.

Windows Phone 8 has been available since November 2012, and though Skype support has come in fits and starts, it finally seems here to stay in a form more stable than before. The app is fully integrated into the Messenger and Dialler apps, so incoming Skypes come through as native phone calls, while messages appear as toast notifications and come through in the People Hub.

Because Windows Live Messenger has been sublimated into the Skype brand, Microsoft has switched on toast notifications for buddies by default.

Source: Skype Blog
Via: The Verge