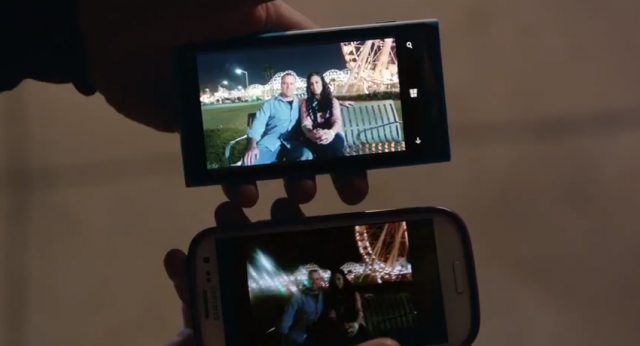 Microsoft is back with their “Windows Phone Challenge” – this used to be called “Smoked by Windows Phone” – and this time they’ve decided to take on Samsung’s Galaxy S III with the Nokia Lumia 920. The GS III has an 8MP camera and the Lumia 920 has a 8.7MP PureView shooter. A 30-second TV spot with “real people, not actors” showcases the camera quality of both smartphones. Microsoft proudly declares the Lumia 920 take better pictures in low-light conditions, stating “Say hello to the Nokia Lumia and say goodbye to bad smartphone photos.” Would be cool for this commercial to be re-made once the Galaxy S4 is released.