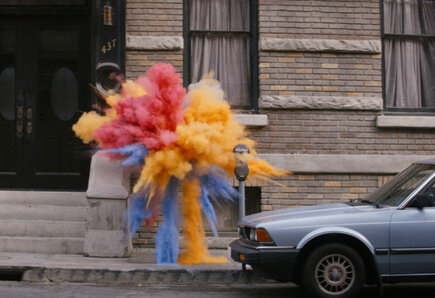 BlackBerry is going to the Big Show on Sunday. The Waterloo-based mobile manufacturer will be airing a 30-second BlackBerry 10 commercial at the upcoming Super Bowl XLVII. The concept of the spot is unknown, but might feature Alicia Keys, their new global creative director, and probably the BlackBerry Z10 and Q10.

A picture was just posted on Twitter stating “Whaaat is going on?! You’ll see Sunday.” The image shows a rainbow of exploding colours, along with what looks to be a blue pastel , , Honda Accord from the 1980’s.

Any ideas of what we’ll see?