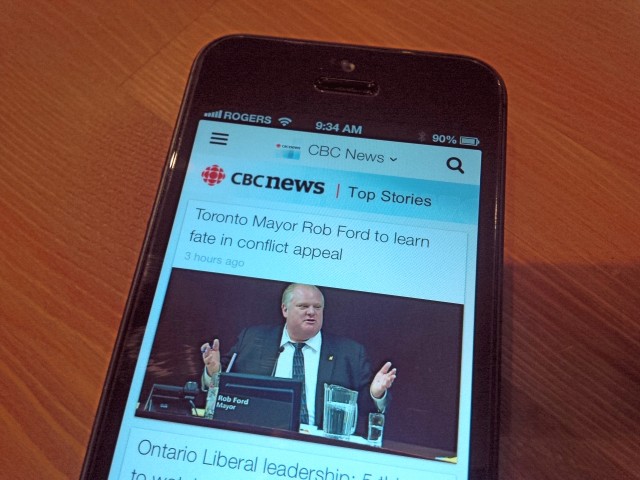 Google has updated its excellent magazine reader app, Currents, on iOS, after a similar update in December for Android.

The update brings Currents up to version 2.0 and in line the interface improvements introduced to the Android version, such as a left side slide-out navigation menu and better options for reading longer-form content. Currents has morphed from a prettified Google Reader client to something much more in its recent iteration, partnering with content providers for a great reading experience that’s more akin to a magazine (and Flipboard) than a mere list serve.

Google Currents also support Breaking News, an area that breaks down what’s important to read when you only have a few minutes. It’s proven to be my most-used section in the Android app, and should be similarly useful for iOS users.

You can also star articles if you want to come back them later, and you can export work to Google+, Tumblr, Instapaper, Pocket, Pinboard, Twitter and Facebook.