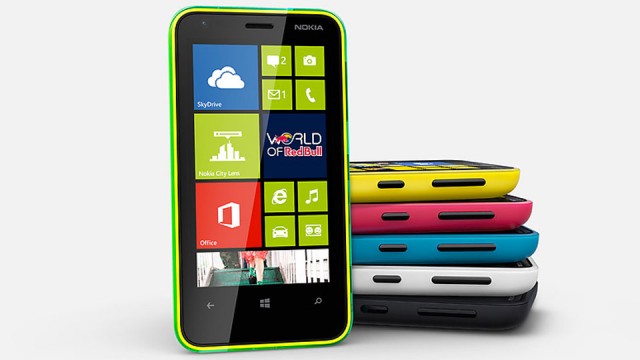 Nokia has announced, alongside an updated Lumia 920 for China, the entry-level Lumia 620.

The follow-up to the popular Lumia 610, which was released in Canada on a number of carriers earlier this year, will run Windows Phone 8 but will otherwise have very similar specs to its predecessor. With a 3.8-inch 800×480 LCD display, a 1GHz dual-core Snapdragon S4 Plus SoC, 512MB RAM, 8GB internal storage (expandable), a 5MP camera that shoots 720p video, WiFi, NFC and Bluetooth 3.0.

The phone will have personalized backplates with “Dual-shot colour”, likely with the same gorgeous, matte material of its more expensive counterparts. Though the back is removable the 1300mAh battery is not, but we wouldn’t expect you to have too much trouble keeping the Lumia 620 ticking all day.

Launching in January for $249 in Asia, it will expand to other territories later in the year. No word on whether Canadian carriers will pick up the little guy, but there’s no question that this will be a safe upgrade over your Lumia 610, if you’re into that sort of thing. You can read our Lumia 610 review, too.