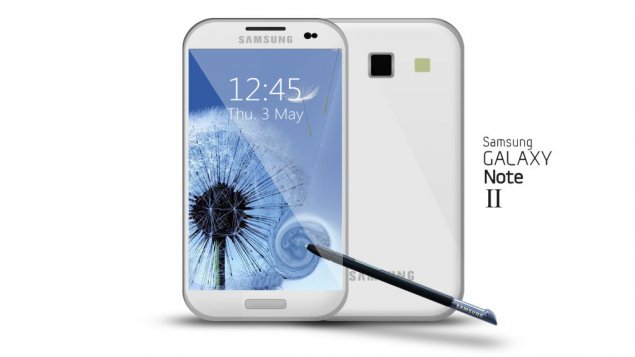 The Samsung Galaxy Note II N7100 is a shoe-in for the end of the year, but may be launched as early as August 30th at Samsung’s IFA Unpacked event.

Based on an entry in the popular GLBenchmark database, it looks like the Galaxy Note 2 N7100 will be equipped with a 1.6Ghz quad-core Exynos processor. This is the same one that’s inside the international Galaxy S III, clocked 200Mhz higher. Samsung did the same thing with the first Note — taking the mature dual-core Exynos chip and bumping its speed by 200Mhz. Results from the GLBenchmark are a bit higher than that of the GS3 i9300, so we wouldn’t be surprised if the Mali-400MP GPU is also slightly overclocked, too.

But as we know, the North American market is a bit different from the rest of the world. LTE networks necessitate a different solution, which has so far been solved by Qualcomm’s Snapdragon SoC. But Samsung has equipped its quad-core Exynos processor with a LTE chip for the Korean market, and there’s nothing stopping them from integrating it into the silicone and bringing it to market by August. It’s unlikely — Samsung has a great relationship with Qualcomm, and has found massive success with the chips in North America — but still possible.

If that was the case, it’s possible that the Galaxy Note 2 LTE could be among the first devices with Qualcomm’s Snapdragon S4 Pro, with an upgraded Adreno 320 GPU. This would give the Mali-400 a run for its money and prove that Qualcomm not only has CPU mettle, but can compete in the GPU space too.

According to the GLBenchmark statistics, the Galaxy Note 2 has a 1280×720 resolution screen of unknown size and technology, and is currently running Android 4.0.4.

We’re excited for the prospect of a 5.5-inch Galaxy Note 2, especially if, like the Galaxy S III, it is significantly more compact and easier to hold in the hand.