Winners announced in our contest to Win tickets to the Samsung Galaxy S III launch parties! 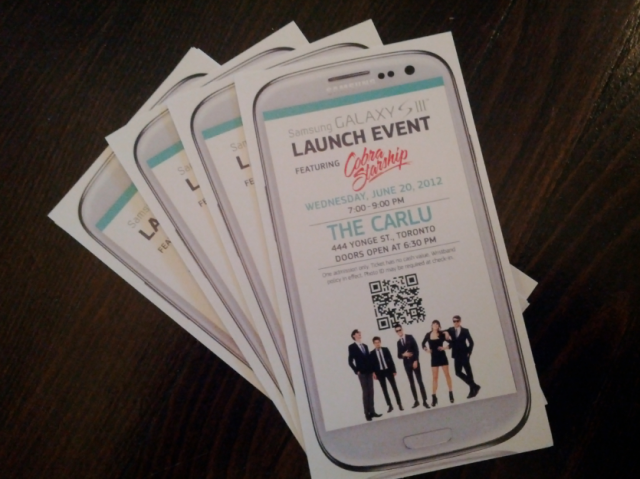 OK Canada! Here’s a quick contest for you that could see you attend one of Samsung’s upcoming Galaxy S III launch parties. On June 20th – which is the Canadian launch day for the Galaxy S III – Samsung will be holding 3 concerts to celebrate the GS III and we have two tickets for each location in Toronto, Montreal and Vancouver (courtesy of Bell). Here’s the bands that will be play in each city:

Want to win a pair of tickets? All you have to do is leave a comment below with your desired location, and a valid email address. You can only enter once. The contest ends tomorrow at 5pm and we’ll announce a winner shortly after.

Update: Samsung has now announced that the Galaxy S III will be released in Canada on June 27th, but the launch party is still happening on the 20th.