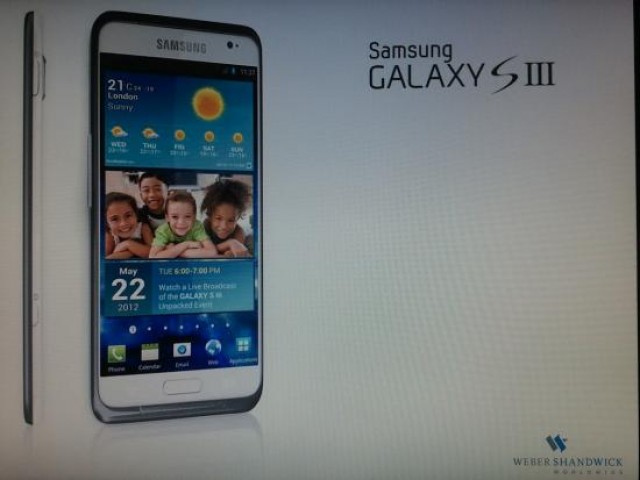 There is a new render, likely fake, of the Samsung Galaxy S III, making its way across the ‘net today. And while there is little reason to believe it to be real, the new design looks a heck of a lot more likely than previous ones. In many ways, this resembles a mix of the Galaxy Note, the Galaxy Nexus and the upcoming Galaxy Player 70+, which is precisely what one would expect as an evolution from the still modern-looking Galaxy S II.

The Galaxy S II has done very well for Samsung, selling tens of millions of units around the world. It comes in specialized form factors for a variety of carriers, including separate LTE and DC-HSPA+ models in North America. But there has been continued speculation as to whether Samsung would adopt Google’s new Ice Cream Sandwich-specific on-screen button scheme, or like HTC stick to a capacitive menu button design. I’m not inclined to believe that Samsung will adhere to Google’s wishes, if only to be able to boast of having a larger overall LCD than its competitors.

In this render, the bezel is about as small as physically possible without eliminating it completely, but there is a ring of darkened plastic surrounding the whole body, an addition Samsung made to the German-only Galaxy Tab 10.1n in order to get around a design-based sales injunction. We wouldn’t be surprised if Samsung does indeed alter the look of the Galaxy S III in a similarly drastic way to ensure no lawsuits from its Cupertino frenemy.

Whether it’s real or not  it’s good to speculate whether Samsung is going to continue with its “thinner body, bigger screen” evolution that has been happening since the original Galaxy S. The SGS3 is rumoured to have a 4.8-inch 1080p screen, which would put it just above HTC’s flagship One X and LG’s Optimus 4X HD, both of which are expected to be on the market well before Samsung.

Samsung is truly the only company that can compete with Apple in mind share, if not market share, in the Android space, though there are plenty others (HTC, LG, even Huawei) that would love to get in on that action. We may have to wait a couple more months until the unveiling, but until then, you’ll likely see a few more of things “leaked photos” floating around.