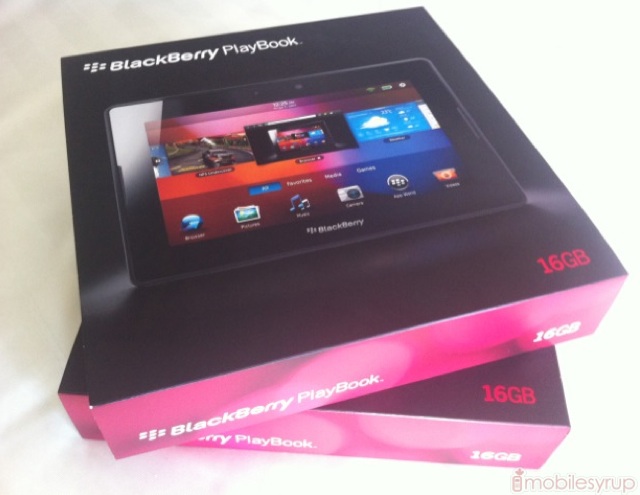 Update: This contest is now closed and we are proud to announce that Facebook follower Stacey G from Halifax and Twitter follower Matt_EH have taken home the BlackBerry PlayBooks! Stay tuned as we’ll be announcing another contest soon for a Sony Ericsson Xperia Play and Xperia arc!

The BlackBerry PlayBook is now available in Canada but why buy one when you can win the tablet here! We’re giving away two 16GB PlayBook with Wi-Fi and each has a retail value of $499.99. In addition, Best Buy Mobile will be throwing in a one-on-one training session with one of the Geek Squad geeks to learn how to properly use your PlayBook.

All you need to do to enter your name is one of the following: Follow us on Twitter  (@mobilesyrup) or “Like Us” on Facebook (Facebook.com/MobileSyrup). Simple and to the point. The contest is open until April 29th at 11:59pm and we’ll announce the winner shortly after. Current Facebook and Twitter followers are automatically entered.

Good Luck to all who enter!
(For full PlayBook specs check out Best Buy here)