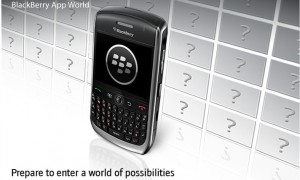 They also have said that the BlackBerry App World is alive and well and is now 3 months old and has over 1000 BlackBerry Storm apps.[Source]