Industry Canada has narrowed down the list and released 27 official bidders for the upcoming Canadian Wireless Auction happening on May 27th. The lists includes the major players in the market like Bell, Telus and Rogers. New players such as Quebecor, Shaw, Yak and MTS made the list. However, the major deposit from Niagara Networks (speculation was to be T-Mobile) did not make the list. Here is the official list: 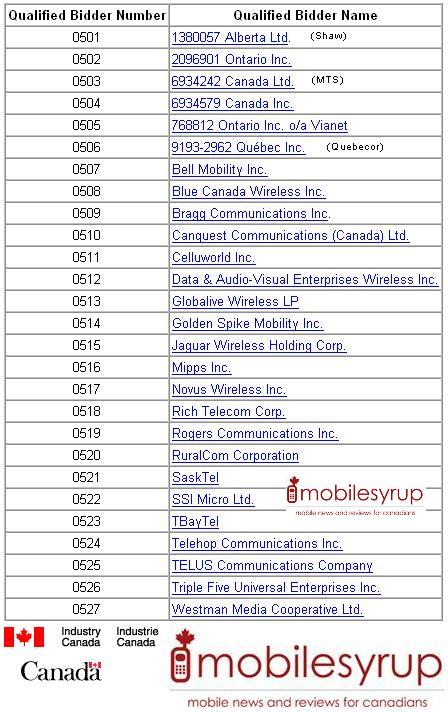