It's still unclear when the smartphone will release in North America 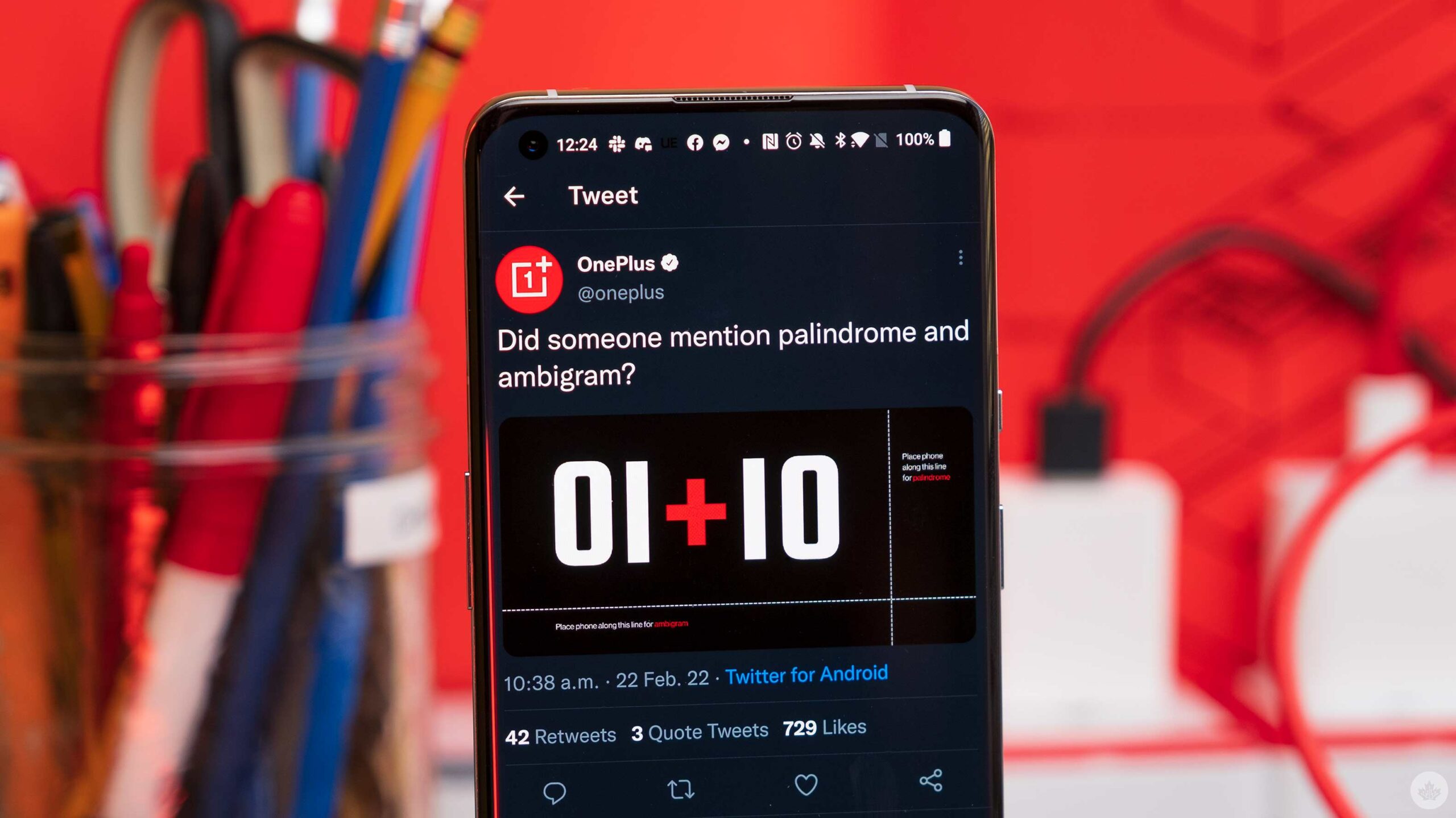 OnePlus has started hinting that the OnePlus 10 Pro could soon make its way to North America.

This suggests that we might see the phone in Canada soon, but there’s no specific mention of a release date unless the company plans to drop the device on March 10th. Over on the OnePlus’ forums, there’s no mention of the device either.

Last year, the OnePlus 9 and 9 Pro launched globally on March 23rd, so it seems likely the OnePlus 10 will release in March as well.

Did someone mention palindrome and ambigram? pic.twitter.com/nsujc61lQb

While there’s some excitement for the OnePlus 10, OnePlus already revealed the device in China, so pretty much everything you’d want to know about the smartphone is already online.

For instance, I recently learned that you can snap the OnePlus 10 Pro in half with enough force — kind of like a popsicle stick. You can watch the full JerryRigEverything video here.

Beyond this tease, OnePlus recently pulled back the curtain on an ‘Extreme Edition’ of the OnePlus 10 that features a white back panel and 512GB of storage. It’s unclear if this version of the device will come to Canada or even North America at all.

Overall, the OnePlus 10 Pro is likely a decent smartphone, but the company seems to either be struggling with its ongoing merger with Oppo or just doesn’t care as much about the North American market as it once did.