The new 'Live Overlay' pulls the camera back so you can see yourself actually in the game. 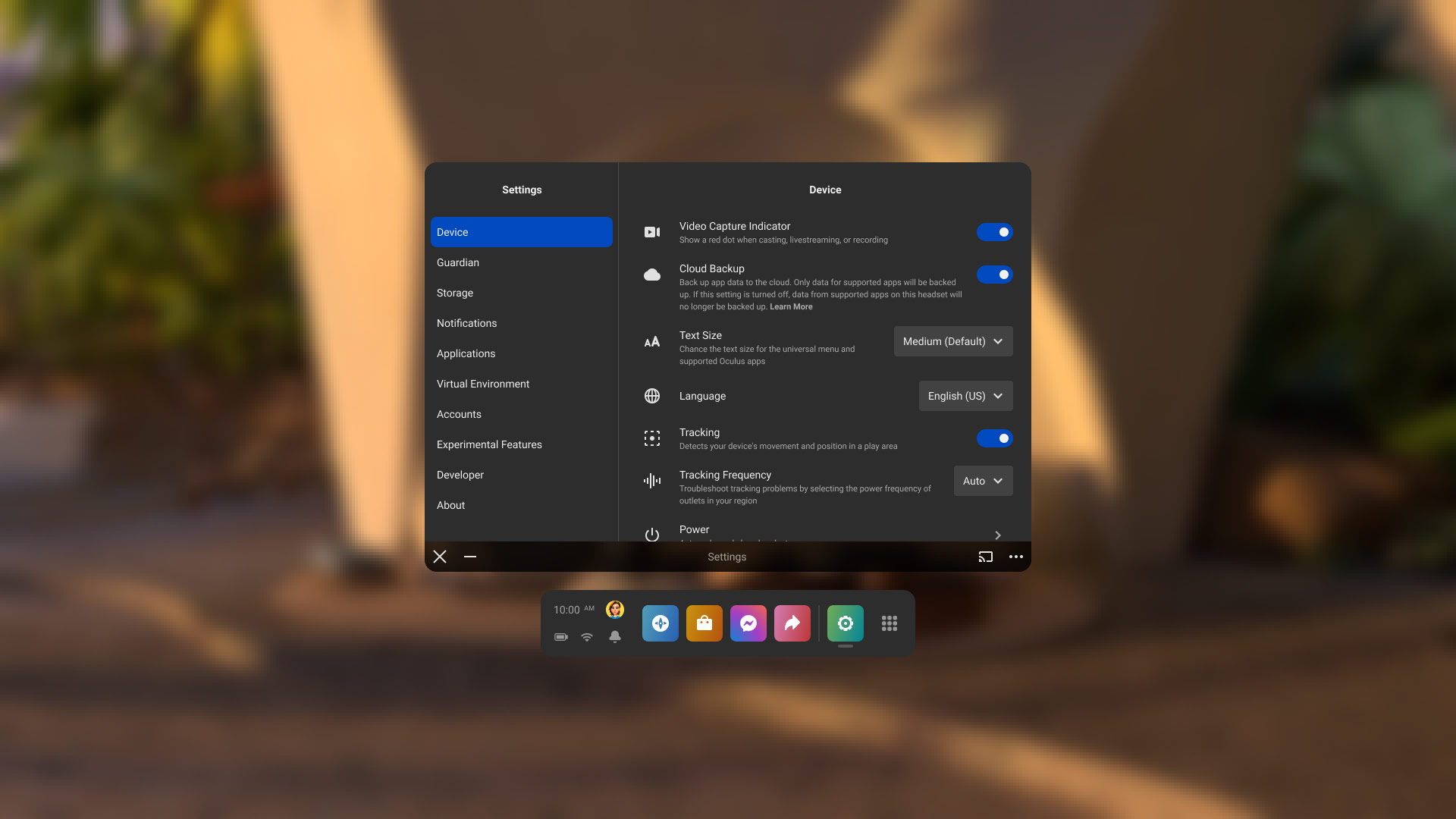 Meta has launched a new patch for the Oculus Quest 2 that adds several new features to the standalone virtual reality headset, including Messenger calls in virtual reality, a mixed reality camera and Cloud backup.

Cloud backup gives users a way to save data in the cloud, including game saves and headset settings. This will come in handy if you ever need to reset your Oculus Quest. The feature is available within the ‘Device’ tab in the settings menu. Developers can opt not to use Cloud Backup, but it will be optional by default.

There’s also a new mobile mixed reality camera feature that enables users to see, record and share videos of themselves in a VR game or app. This feature is a step above ‘version 29’s’ ‘Live Overlay’ functionality, which superimposes you in the real-world over footage from your headset’s point of view. Instead, this new feature pulls the camera back so you can see yourself actually in the game.

The new mixed reality overlay is available on the iPhone XS or newer running iOS 11 or higher. Meta says it will be available in various apps, including Pistol Whip, Superhot VR, Synth Riders and more.

There are several other more minor updates included in the patch. Meta is also opening up Oculus Quest beat testing to more users.

If you’re interested in checking out Oculus Quest 2 features before they’re available, you can sign up here.

Source: Meta Via: The Verge