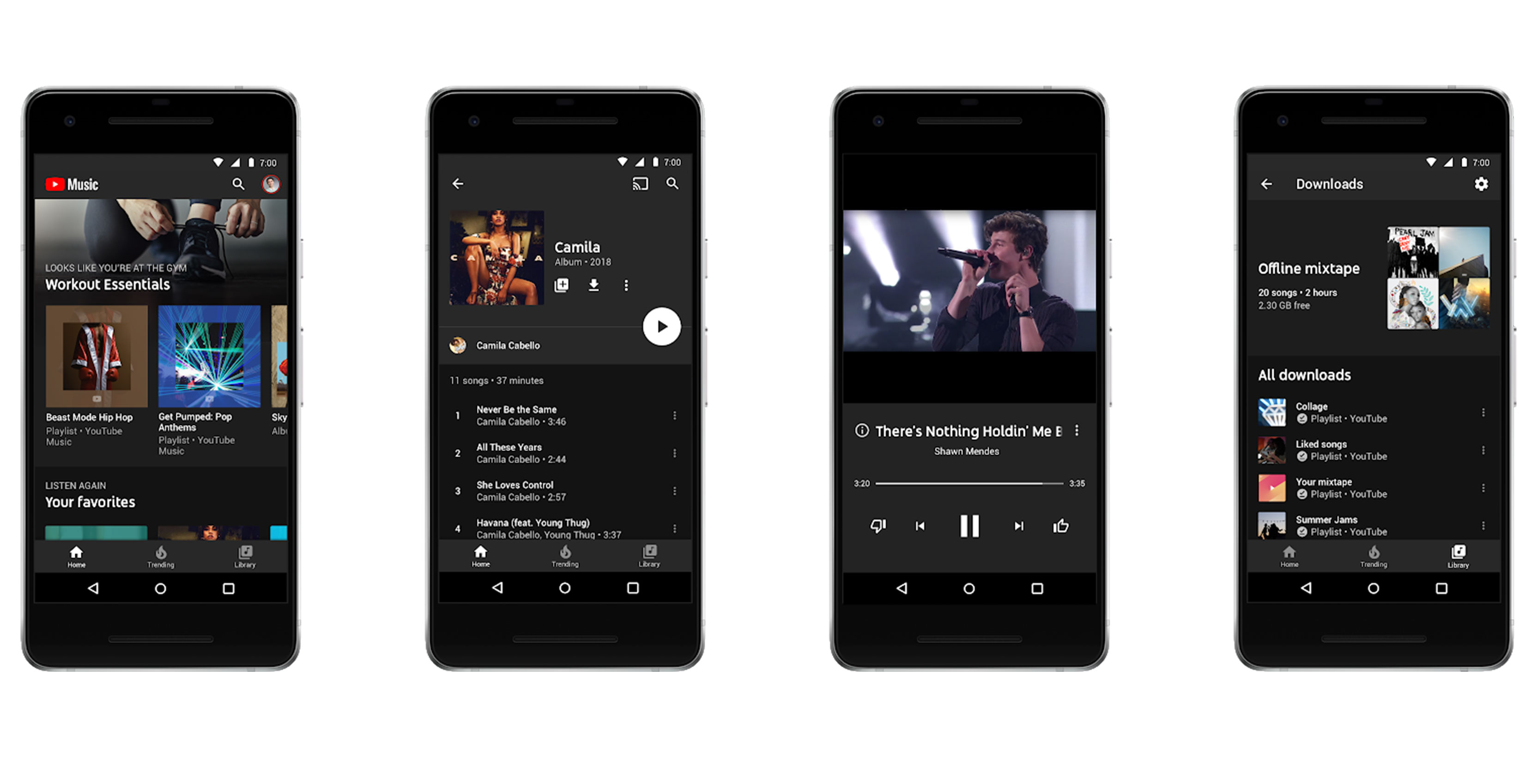 Ahead of a scheduled announcement and launch event next week, Google Canada has revealed early that YouTube Music, the tech giant’s premium music video streaming platform, and YouTube Premium, its video streaming service, are set to finally come to Canada in 2018.

YouTube Music is designed to make navigating music videos on YouTube easier. The service features official songs, albums, thousands of playlists, along with live performances and covers, says Google. YouTube Music originally launched in the U.S. back in 2015 as part of YouTube Red.

Google says that the platform will be available in an ad-supported tier for free, but that subscriptions to YouTube Music Premium, a paid membership that adds background listening, downloads and removes ads, for $9.99 CAD, will also be offered. Those who already subscribe to Google Play Music get access to YouTube Music Premium along with their subscription, says Google.

The Mountain View, California company also emphasizes that nothing is changing about Google Play Music. The platform is set to still exist and users will continue to be able to access purchased music, uploads and playlists. It seems that at least for the time being, Google has plans to keep Google Play Music around, despite the platform’s features overlapping with YouTube Music.

YouTube Music will be available both on desktop and through a dedicated iOS and Android app. Along with Canada, YouTube Music is also launching in Austria, Denmark, Finland, France, Germany, Ireland, Italy, Norway, Russia, Spain, Sweden, Switzerland and the United Kingdom. It’s unclear specifically when the service will arrive in Canada, with Google only stating “soon.”
Google also says that YouTube Red, the streaming video platform’s premium video tier, will make its way to Canada at some point in 2018. The company is also changing YouTube Red’s name to YouTube Premium. The platform is set to feature YouTube original video content like Cobra Kai, Step Up: High Water and Youth & Consequences.

YouTube Red first launched in the U.S. back in 2015. Along with launching services in new regions, what Google has essentially done is broken up its premium YouTube Red platform into two distinct offerings: YouTube Music, the company’s music video streaming platform, and YouTube Premium, its platform for original video content.

Rumours have been swirling for a number of months now that Google has plans to combine YouTube Music and Google Play Music under one banner called YouTube Remix. It’s unclear if this happening is still a possibility, or if Google has decided to keep its various music and video streaming platforms as separate services, but under a now more unified subscription umbrella.