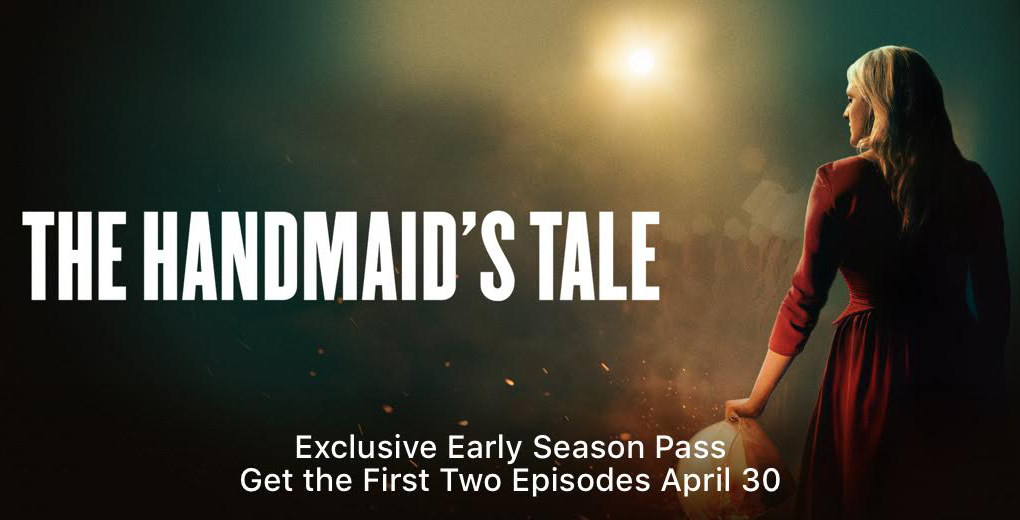 While the second season of The Handmaid’s Tale is set to make its way to Bell Media’s CraveTV streaming service on April 30th, Apple has revealed that an iTunes pass for season 2 of the critically acclaimed TV show is now available.

The first two episodes are set to hit the tech giant’s video content marketplace on April 30th. Apple says that when new episodes are available, emails will be sent out to subscribers.

The Emmy and Golden Globe award-winning dystopian drama season focuses on Offred’s pregnancy and her fight to be free of the horrors of Gilead.

Apple also offered a season pass subscription for the first season of The Handmaid’s Tale.