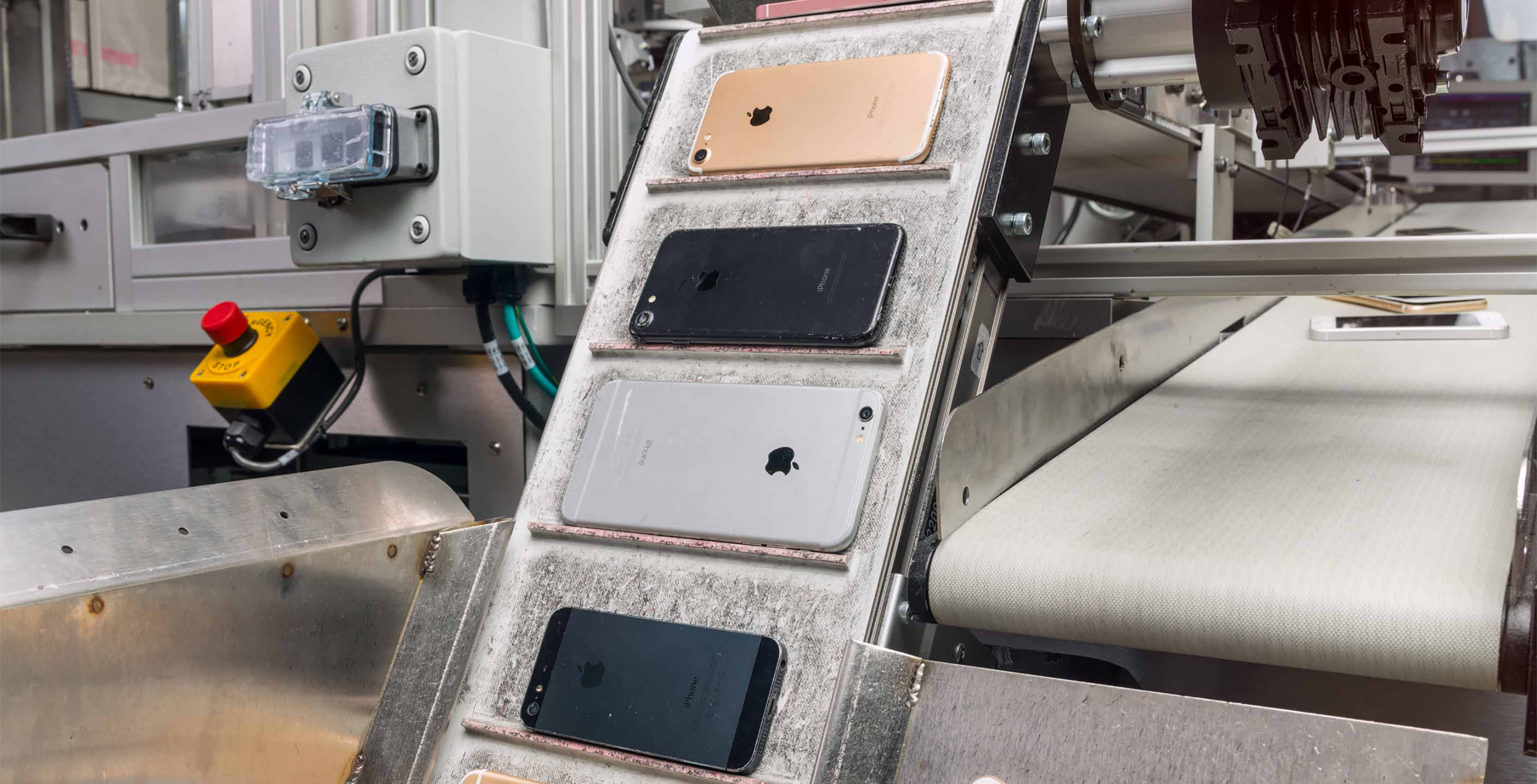 Daisy was built using knowledge and technology from Apple’s first disassembly robot, Liam, which originally launched in 2016. According to Apple, Daisy is capable of disassembling nine versions of iPhone and sorting their high-quality components for recycling.

Further, Daisy can take apart up to 200 iPhones per hour to remove higher quality components at a more efficient rate than traditional recycling programs.

Daisy’s introduction is part of Apple’s larger eco-friendly initiative inspired by Earth Day, which falls on Sunday, April 22nd. Apple’s other ongoing effort is through its charitable GiveBack program, which aims to encourage recycling of old electronics.

Until April 30th, the company says it will make a donation to the non-profit Conservation International for every device given for recycling or trade-in at its retail stores and Apple.com/ca. For over 30 years, the Virginia-based organization has worked to promote environmentally-friendly practices in over 30 countries.

In addition to the Conservation International donations, Apple says it will still give Apple Store gift cards to customers trading in their devices when eligible.

“In recognition of Earth Day, we are making it as simple as possible for our customers to recycle devices and do something good for the planet through Apple GiveBack. We’re also thrilled to introduce Daisy to the world, as she represents what’s possible when innovation and conservation meet.”

Apple is also encouraging customers to go outside and “enjoy the planet” with a workout of at least 30 minutes through its ‘Earth Day Challenge.’ Apple Watch owners will be notified about the challenge, and those who do complete it will receive a “special achievement and unique stickers in iMessage.”