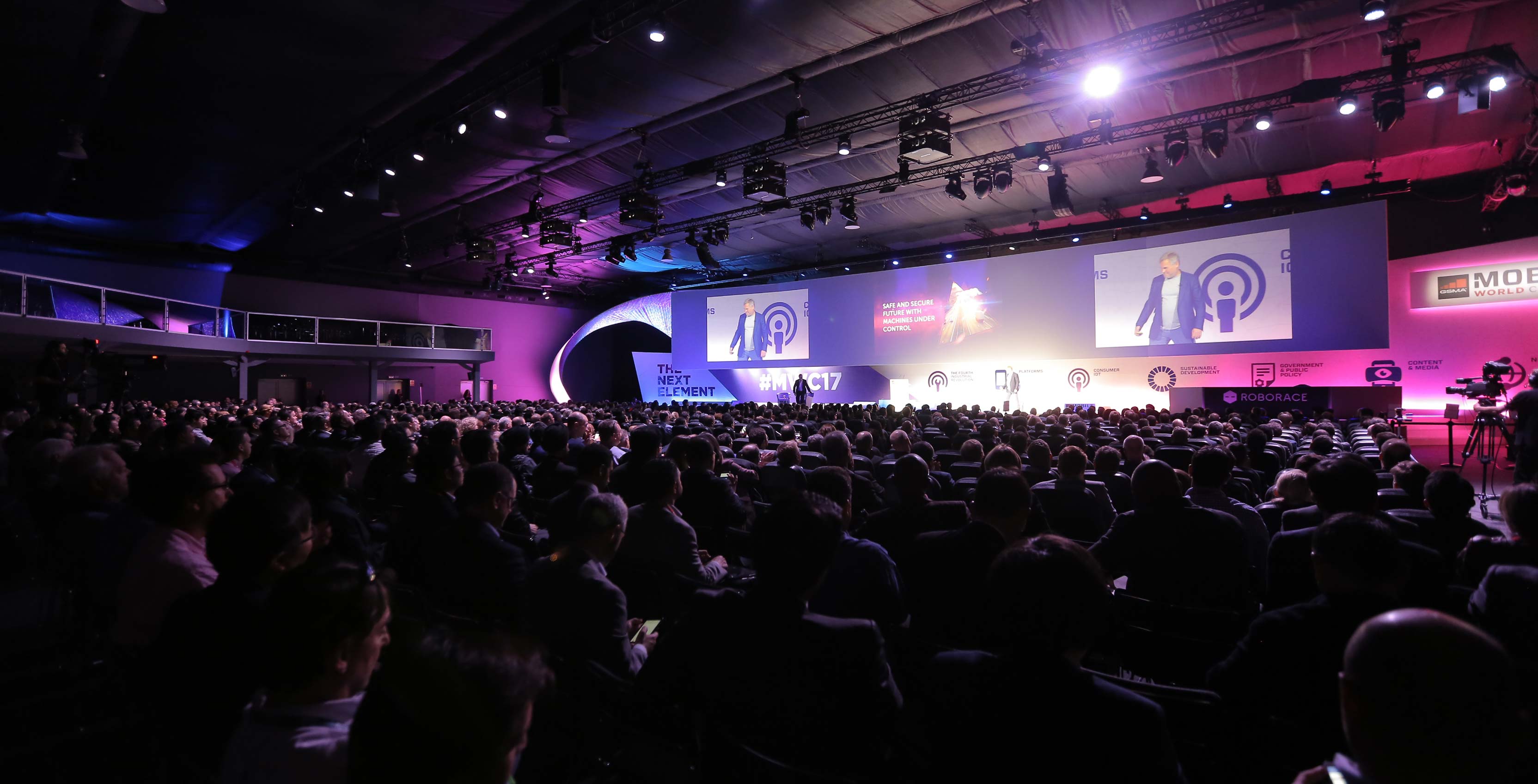 Last year, a variety of phone manufacturers, including Samsung, LG, Huawei, HMD Global, Motorola and Sony, revealed new devices at the annual event. This year, rumours claim that not as many of the top contenders will unveil their newest handsets. For instance, most leaks indicate that LG’s flagship will not make its way to MWC this time around.

Past reports say the company scrapped its plans for the LG G7 and is starting from scratch. Due to this, the G7, or whatever LG ends up calling its new phone, will not be at MWC; instead, LG is likely to unveil the phone at a one-off event later this year.

Moreover, Chinese phone manufacturer Huawei will not unveil its new P-series smartphone at MWC like it did last year. The company just sent out invites to an event in Paris, France.

Unlike LG and Huawei, Samsung doesn’t plan on making its fans wait. The South Korean company will reveal the Galaxy S9 and S9+ at a pre-MWC event on Sunday, February 25th.

Rumours claim the Galaxy S9 features a 5.8-inch Quad HD+ AMOLED display with an 18.5:9 aspect ratio. This news comes from a leaked image of the S9’s box, which also revealed that the device is tipped to feature an 8-megapixel front-facing camera with an iris scanner. Additionally, the handset is predicted to feature 4GB of RAM, 64GB of internal storage and IP68 water and dust-resistance.

Per previous leaks, the Galaxy S9 will use the Exynos 9810 chipset in some regions, while S9s in other regions will feature Qualcomm’s new Snapdragon 845 processor.

The device will come in Coral Blue, Lilac Purple and Midnight Black, according to prolific leaker Evan Blass. Blass also points to the handset including an Animoji-like feature using the S9’s front-facing shooter.

The Samsung Galaxy S9+, on the other hand, will feature some differences in terms of specs. It’s currently unclear, but the Galaxy S9+ will likely use a different RAM/ROM variation than the S9. Another difference is that rumours point to the Galaxy S9+ using a dual camera setup, compared to a single shooter. The dual setup allows for one lens to use a f/2.4 aperture while the other a f/1.5 aperture, instead of a variable aperture like the smaller S9.

The rumour points to the V30s shipping 256GB of onboard storage. It’s unclear if the V30s will sport this year Snapdragon 845 model or the Snapdragon 835 chipset.

Rumours point to Sony unveiling its Xperia XZ Pro at MWC. The XZ Pro is rumoured to stock Qualcomm’s Snapdragon 845 chipset paired with 6GB of RAM. It’ll also have 128GB of onboard storage, expandable via micro SD card. Additionally, it features a 3,420mAh battery and runs Android 8.0 Oreo.

Display-wise the XZ Pro has a 5.7-inch OLED display with a 4K resolution. If past renderings are accurate, it appears the rectangular-shaped handset will have significantly smaller top and bottom bezels.

Moreover, the leak points to the handset featuring two rear cameras, consisting of an 18-megapixel shooter with 1.33μm pixels and a 12-megapixel sensor with a 1.38μm pixels.

During last year’s MWC, Lenovo only unveiled its new Moto G-series smartphones. Assuming the company does the same this year, Motorola will unveil this year’s Moto G6.

According to Blass, the G6 lineup will feature the Moto G6, Moto G6 Play and Moto G6 Plus.

Leaked images of the G6 indicate the phone will use an 18:9 aspect ratio and Motorola’s 3D glass, instead of the metal found in the G5.

The leaked photo also shows the G6’s Moto logo will double as a rear-facing fingerprint sensor.

It looks like Asus will also unveil a new device at MWC. An image within a Wi-Fi Alliance listing shows off what might be the Asus ZenFone 5 Max. The listing points to the ZenFone 5 sporting an 18:9 aspect ratio. Further, it’ll feature a 5.7-inch display with a traditional 3.5mm headphone jack.

The document also states the Qualcomm Snapdragon 430 system on a chip. RAM and storage are currently unknown.

Alcatel 5 Series smartphone is said to be the company’s premium tier of devices. It features an 18:9 aspect ratio and will include a facial authentication feature.

The Alcatel 3v Series will be a more affordable handset with rear dual cameras and an 18:9 aspect ratio.

Rumours claim that one of the cameras will feature a 12-megapixel sensor while the other a 2-megapixel sensor. Further, it’ll use a MediaTek MT8735A processor, with 2GB of RAM and 16GB of internal storage.

The ZTE Blade V9 is likely to make its debut at MWC. The mid-range smartphone is expected to come with a 5.7-inch Full HD+ display, which means it should have an 18:9 aspect ratio. Further, it could also use the Snapdragon 450 chipset with 2,3 or 4GB of RAM. The device may also sport Android 8.0 Oreo and sport a glass body.

Leaks point to the Nokia 9 possibly having a 5.5-inch QHD OLED display, a dual-camera setup with 13-megapixel and 12-megapixel sensors and Qualcomm’s Snapdragon 835 chipset. Additionally its to feature 3250mAh battery, 128GB of expandable internal storage and 5-megapixel selfie shooter.

The Nokia 7 Plus is to an upgrade in comparison to the Nokia 7. This time around the handset will use an 18:9 aspect ratio and dual camera setup. The Nokia 4 will feature mid-range specs while the Nokia will be an entry-level handset.

As mentioned earlier, Huawei will unveil its new P-series smartphone, rumoured to be called the P20, in March, which means we likely won’t get to see a new Huawei phone at the exhibition. That said, the company may unveil the Huawei Watch 3 at its keynote.

Huawei will also likely show off what it’s doing in relation to 5G technologies.

Xioami will likely present the Mi Mix 2S at MWC this year. However, the device will likely not be widely available in Canada.

While there are many other phone manufacturers out there, like LG they are not predicted to unveil devices at MWC this year.

Among them are OnePlus, which will reveal the OnePlus 6 later this year and HTC, which will likely unveil the U12 in May. There are currently no rumours regarding TCL BlackBerry unveiling a new device.

Note: As more leaks and news breaks leading into Mobile World Congress, this story will be updated.