An Asus phone with model number ‘ASUS_X00QD’ has been approved by the Wi-Fi Alliance. Speculation is already circulating that the phone may be revealed as the Asus ZenFone 5 Max.

The certification lists the phone as running on Android 8.0 Oreo and carrying support for Wi-Fi 802.11ac. 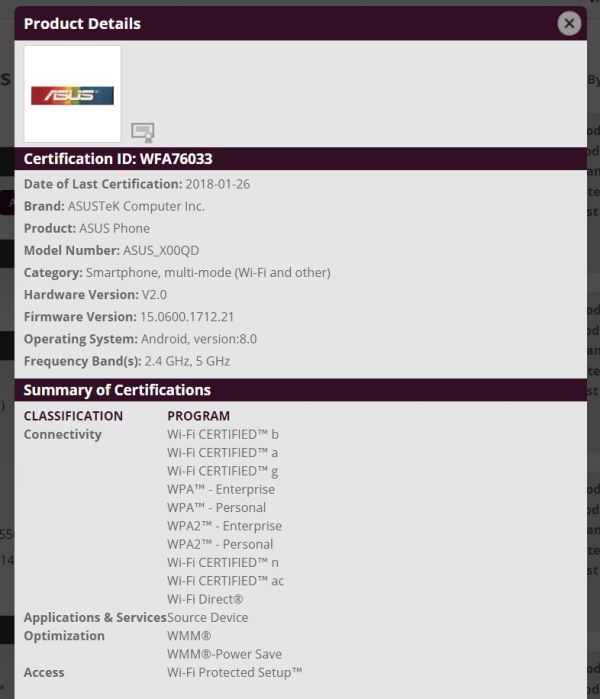 The Asus ZenFone 3S Max and ZenFone 4 Max have model numbers of X00GD and X00ID respectively. With this in mind, a next-gen Asus phone with a model number of X00QD would certainly make sense.

Additionally, Asus CEO Jerry Shen said in September of 2017 that the ZenFone 5 series could be unveiled as early as March. Given that the ZenFone 4 Max was revealed last July, it’s quite possible that we could expect a 5 Max announcement at around the same time this year.

Asus will have a presence at the Mobile World Conference taking place from February 26th to March 1st, but it’s still unclear if the company will announce any new phones at the event.