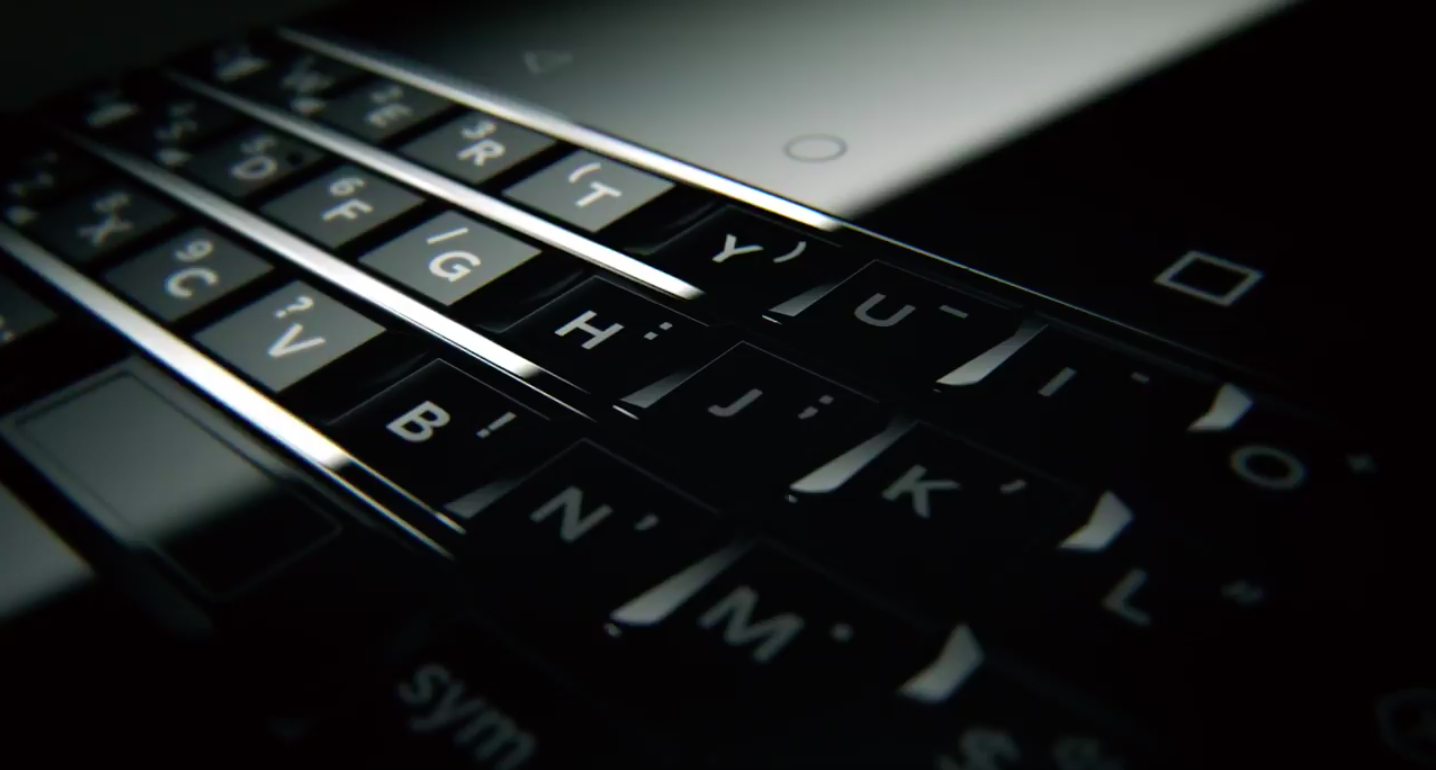 Steve Cistulli, president and general manager of TCL Communication in North America, posted a four second teaser video on Twitter what looks to be the next BlackBerry smartphone, which is expected to be the DTEK70 (Mercury). “imPRESSively designed – distinctly different,” said Cistulli in the Tweet.

The next BlackBerry smartphone will feature the iconic physical QWERTY keyboard, curved edges, off-screen navigation buttons, and sport a fingerprint scanner within the spacebar.

Earlier rumours of the Mercury pointed towards the device sporting a 4.5-inch display, 2.0GHz Qualcomm processor, 3GB of RAM, 32GB of internal storage, 18 megapixel camera with an 8 megapixel front-facing secondary.

TCL has a media event scheduled for Wednesday, January 4th at 11:00am and we’ll bring you all the details as it unfolds.