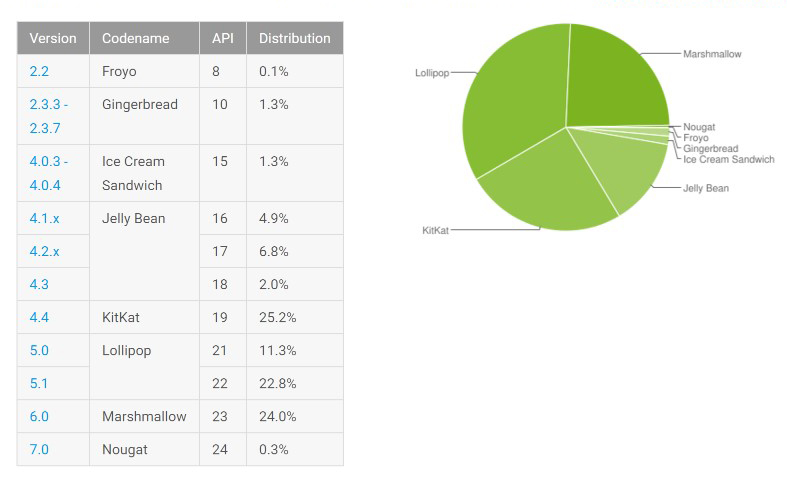 Unsurprisingly Nougat falls at just 0.3 percent, which makes sense given the fact that only the Pixel and Pixel support the latest version of Google’s operating system.

Oh and Froyo somehow still remains on the list, taking up just 0.1 percent of Android’s distribution. Operating system version fragmentation has always been an issue that’s plagued Google’s mobile OS since its launch, with the problem likely set to get worse following the release of the Pixel and Pixel XL, two devices that utilize a version of Android with exclusive features.