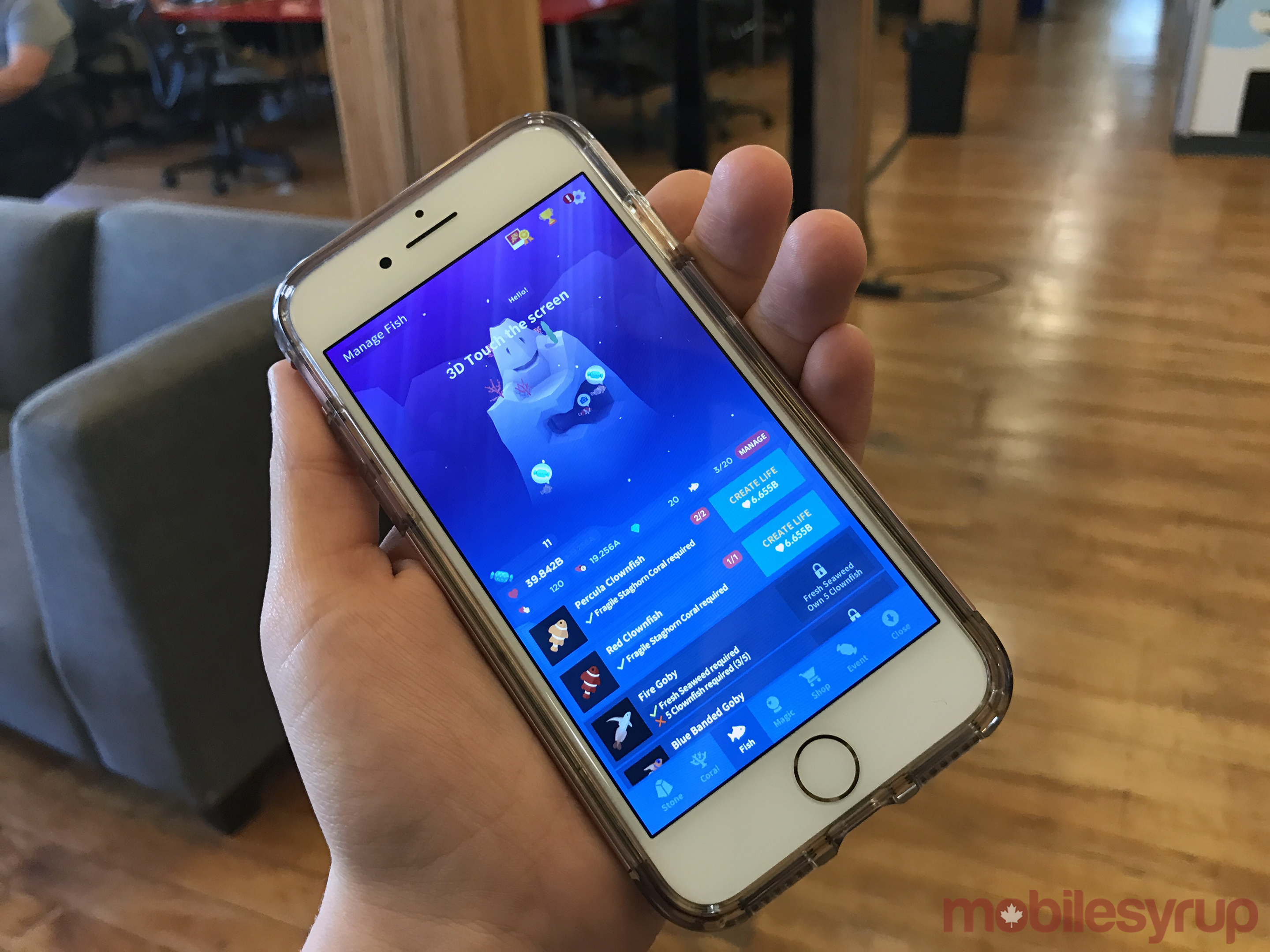 Remember when you were a kid, and the thing you wanted more than anything else in the world was a dog? Your parents agree to get you a pet, but not a dog. Then, your mom comes home with a fish. Not exactly what you had in mind.

With mobile technology and a touch of virtual reality, who says a fish has to be boring? AbyssRium is an immersive game that lets users start off with a simple coral reef, and grow an underwater ecosystem as they add more plants, fish and sea creatures. 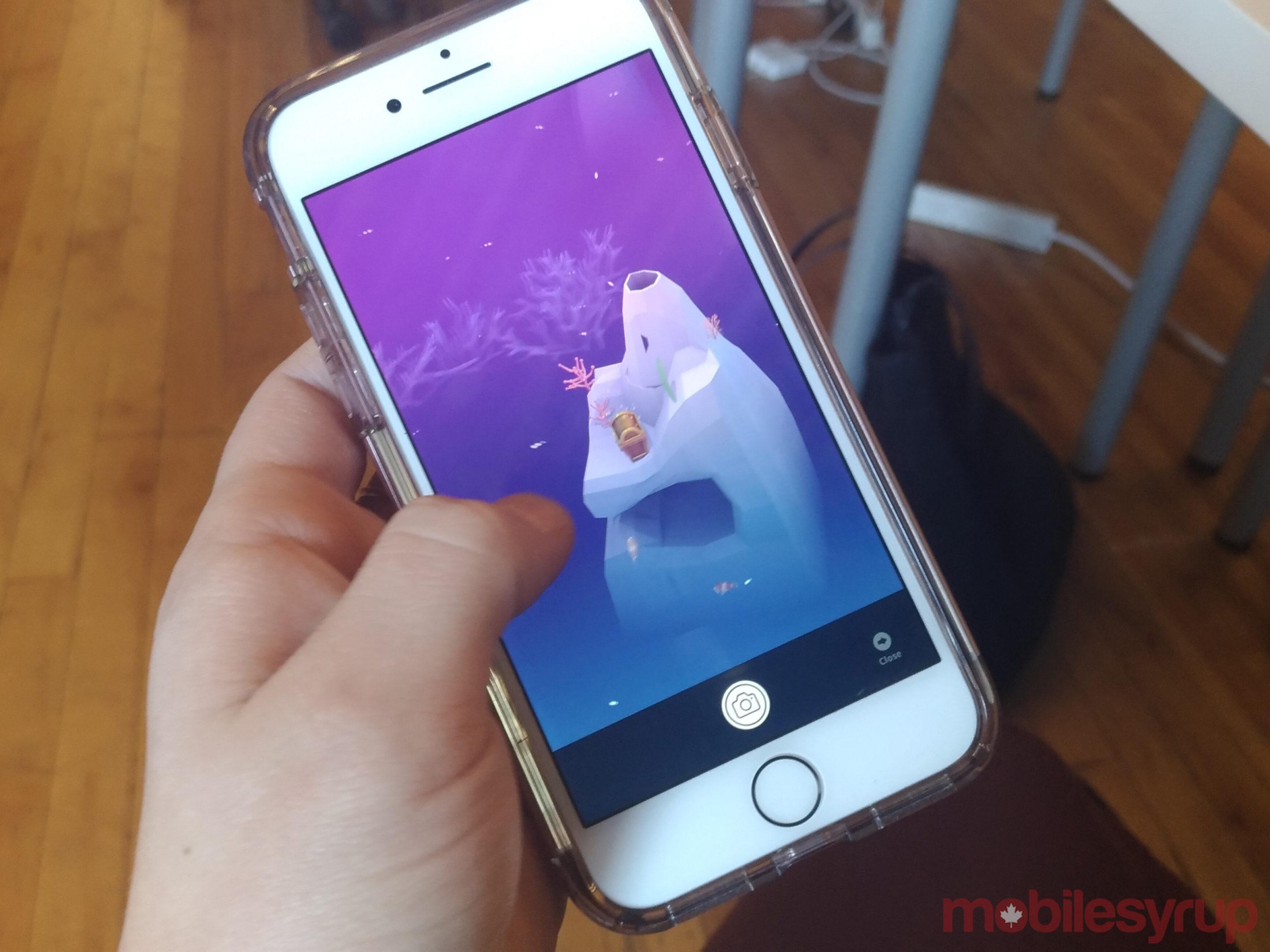 While users can collect “vitality” points, which allow them to buy more fish, while they’re interacting in the game, the fish in the aquarium continue to collect points in the background.

Created by IDLE factory, AbyssRium isn’t technically a game. Rather, AbyssRium is an experience. The game capitalizes on the 3D touch features of the iPhone by allowing users to view their aquarium from several different angles. Furthermore, the app includes a virtual reality feature, which is compatible with Google Cardboard. 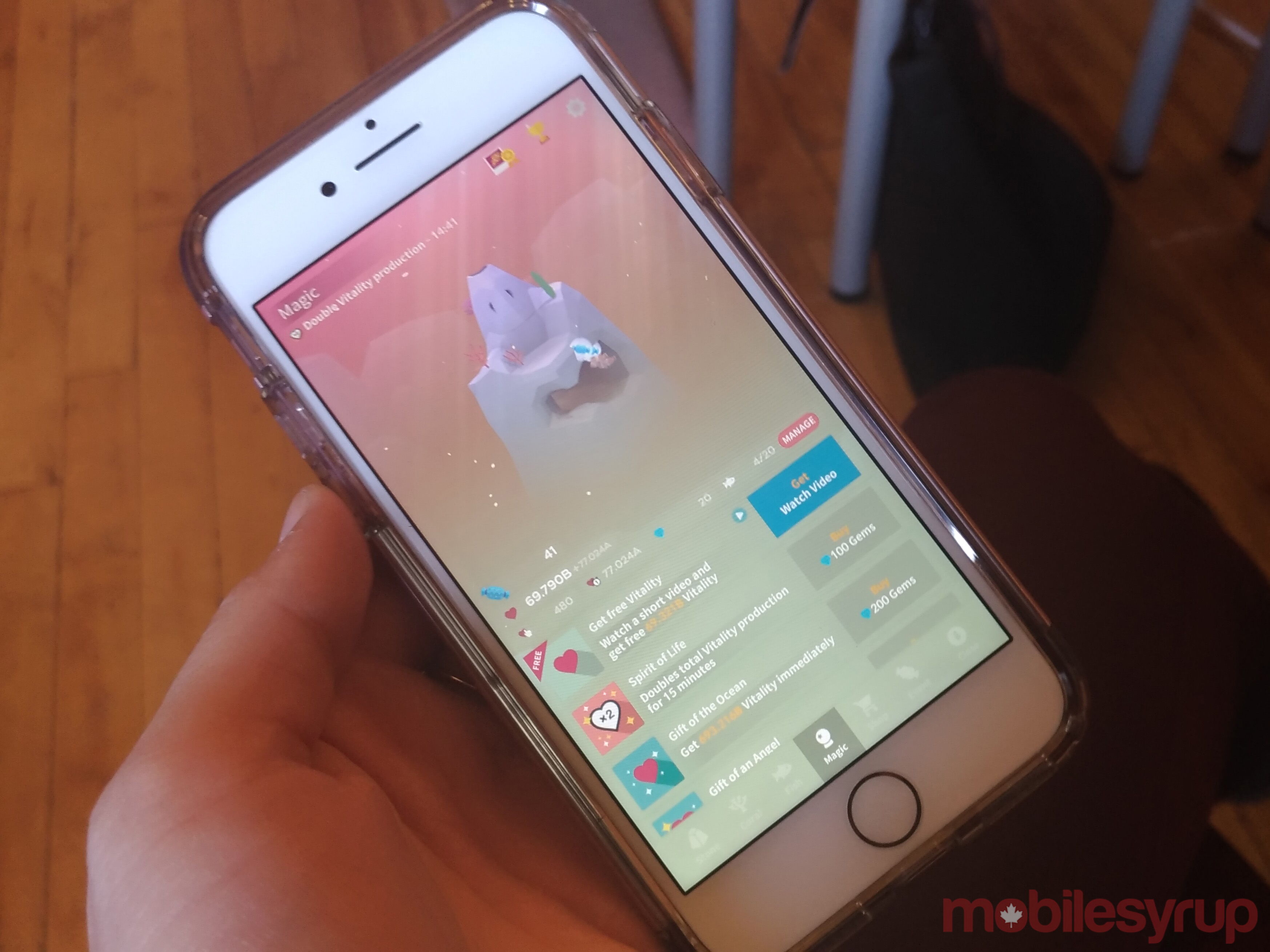 With this feature, players are immersed in their aquarium allowing them to see the fish they’ve raised swimming above their heads.

The app is available on iOS and Android and requires either iOS 8.1 or later, or Android 4.4 or later.