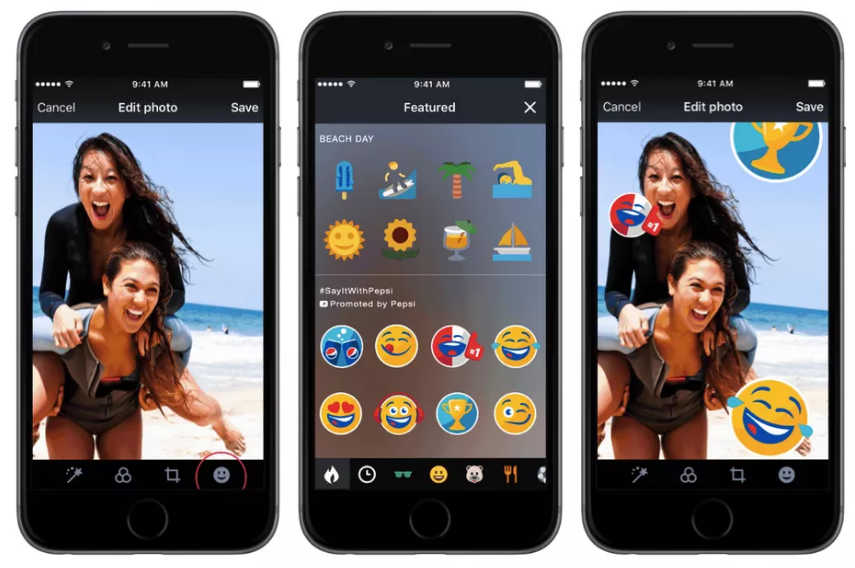 Twitter has over 300 million users around the world and in an effort to attract a new, younger audience it added Stickers to its arsenal last month. Now, Twitter has unveiled plans to further monetize its platform through promoted stickers.

The first partner for Twitter Stickers is Pepsi though a collaboration that integrates Pepsi emojis with Twitter photos. In total there are 50 custom stickers outfitted with Pepsi branding that, for some unknown reason, allow users to “Say it With Pepsi.”

There is no indication as to how long the Pepsi stickers will be available or how many other brands are set to fill out Twitter’s sticker carousel. However, the branded stickers are available in ten countries across five continents, including Canada, Argentina, Egypt, India, Mexico, Russia, Saudi Arabia, Spain, United Arab Emirates and the United States.

“Stickers have been hugely popular with consumers, and we are thrilled to now include brands in that conversation, starting with Pepsi,” said Adam Bain, chief operating officer at Twitter. “Now, people around the world can all share their universal passion for Pepsi and make the brand come alive in a powerful new way on Twitter.”