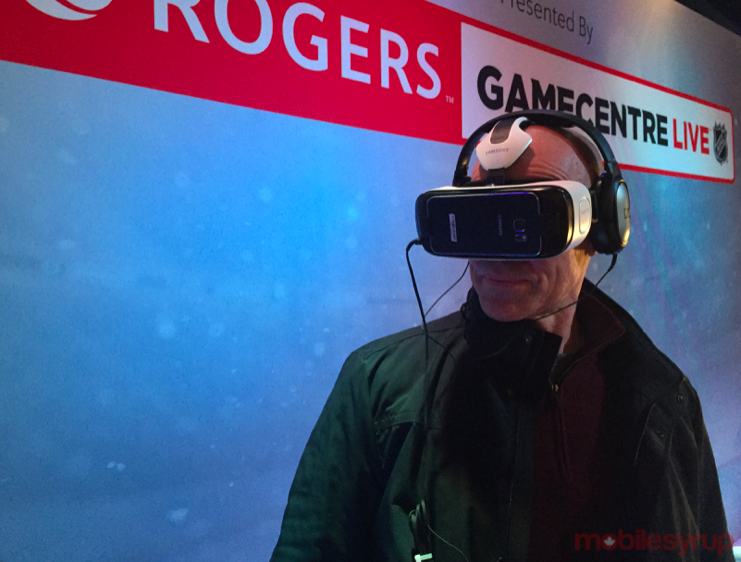 Virtual reality is an immersive experience that, at times, can leave one really lonely.

Last year, when I first tried the Samsung Gear VR I found myself in a movie theatre watching a Cirque du Soleil experience. It was entertaining, but I quickly realized it was nothing like being under the big top. Rogers, in partnership with Jaunt, the NHL and Samsung, have created a VR experience that literally brings you into the game without actually being there.

At the Air Canada Centre in Toronto, Rogers has built a new Fan Zone at the arena and outfitted it with 10 Gear VR headsets. Each headset comes preloaded with the Jaunt app and virtual reality content that brings to life various NHL experiences like the Winter Classic and recent All-Star game.

Wearing one of the headsets, it’s possible to witness what it’s like to be part of the media scrum following the end of a game, driving a Zamboni, standing at centre ice and watching the All-Star game from behind the net. It’s alive, entertaining and you actually feel involved. You really have to put on the VR headset to get the emotional ride.

Mark Messier even appears in front of you to guide you through the experience. In an interview with MobileSyrup, Messier said, “I think what it does to the fans is obviously brings you closer to the game, and gives you some visual that you would never get to see otherwise, such as the weight room, the dressing room, down at ice level, or being able to see looking into the stadium, and gives you a perspective that you would not normally get as a fan.”

“We went to Samsung and the NHL and told them one of the things we wanted to do was something unique around VR for the upcoming All-Star weekend. We basically got together and we co-produced with a production company out of California called Jaunt,” added Drew Stevenson, Director of Brand, Wireless, at Rogers. “We shot twice, one experience with Mark Messier doing a behind the scenes of the arena and the sites and sounds of it. And then All-Star weekend we did again with all the different player experiences.”

Hockey is deeply Canadian and it’s not often an experience helps make the connection even stronger. This specific VR experience makes you love the sport even more. However, as great as it is to be so close to the players and the game, once you take off the headset you realize you’re back on the couch or sitting in section 300, wanting more of what you can’t have.

Thankfully, this is one of many new initiatives to come.

The NHL’s Laurie Kepron says, “we are really interested in emerging technology and we are really focussed on our fan. So any opportunity to bring our fan closer to the game, this being an incredible opportunity in terms of where the ecosystem is headed, is where we would like to be. So, this is really just our first foray of what we hope is many.” 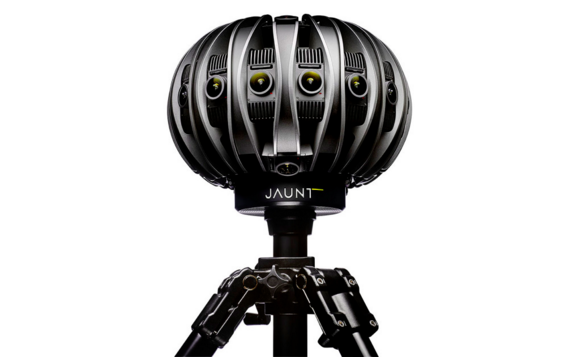