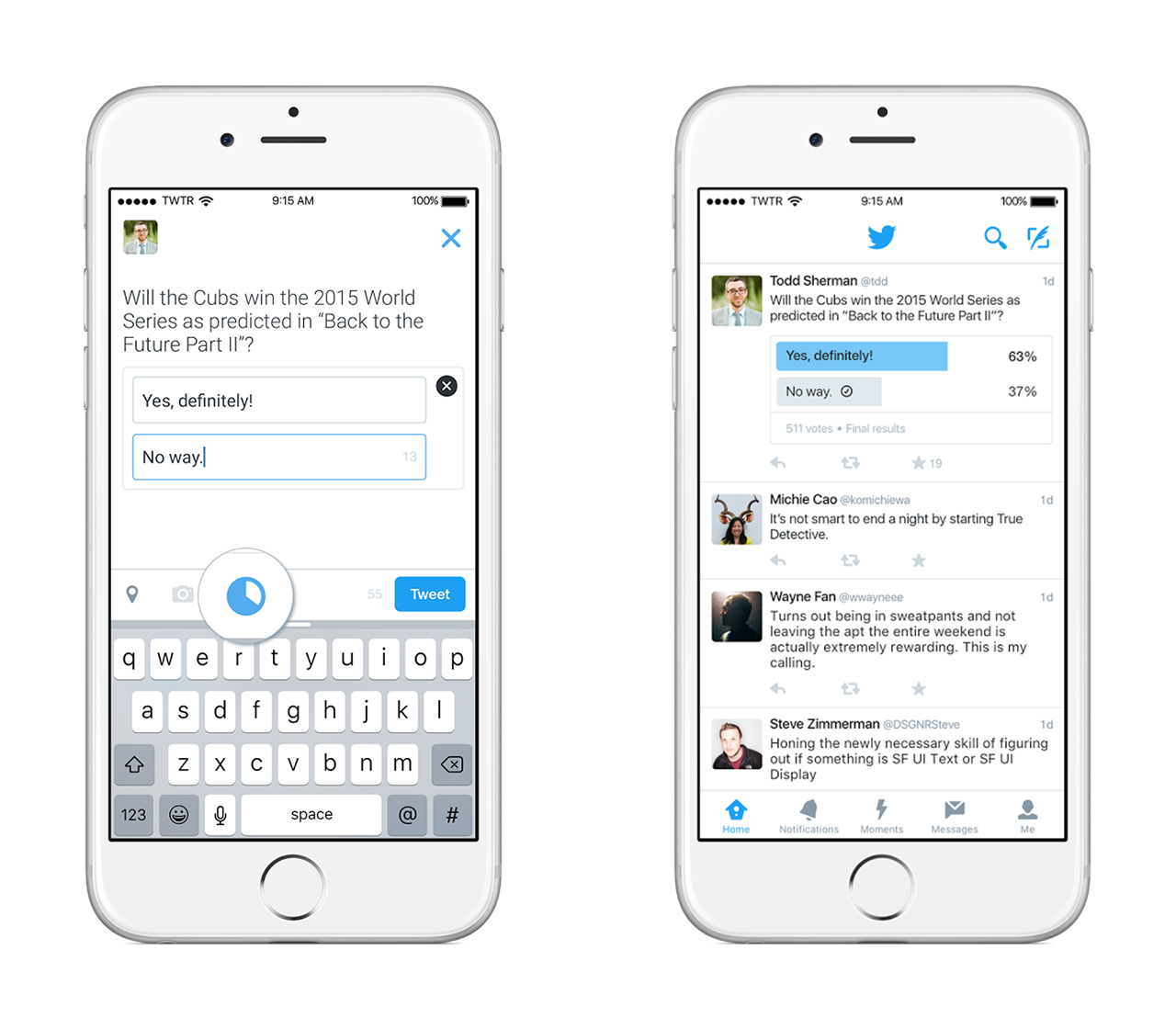 Who's the better Enterprise captain?

Polls are set to remain live for 24-hours and right now, are restricted to just two choices, though Twitter says this might change in the near future. After the 24-hour voting period ends, all participants in the poll will receive a push notification letting them know its final results.

Twitter says voting in polls is anonymous and that all users will be able to vote in any poll. The feature is gradually rolling out across the social network’s iOS, Android and desktop applications over the next few days.

Coming soon! We're rolling out the ability for everyone to create polls on Twitter: https://t.co/pH5a8q9Ujz pic.twitter.com/ijAKEMUdf1

The release of polls accompanies Twitter’s new Moments, a “best of” curated Tweet list designed to give users the top content on the social network as quickly as possible.