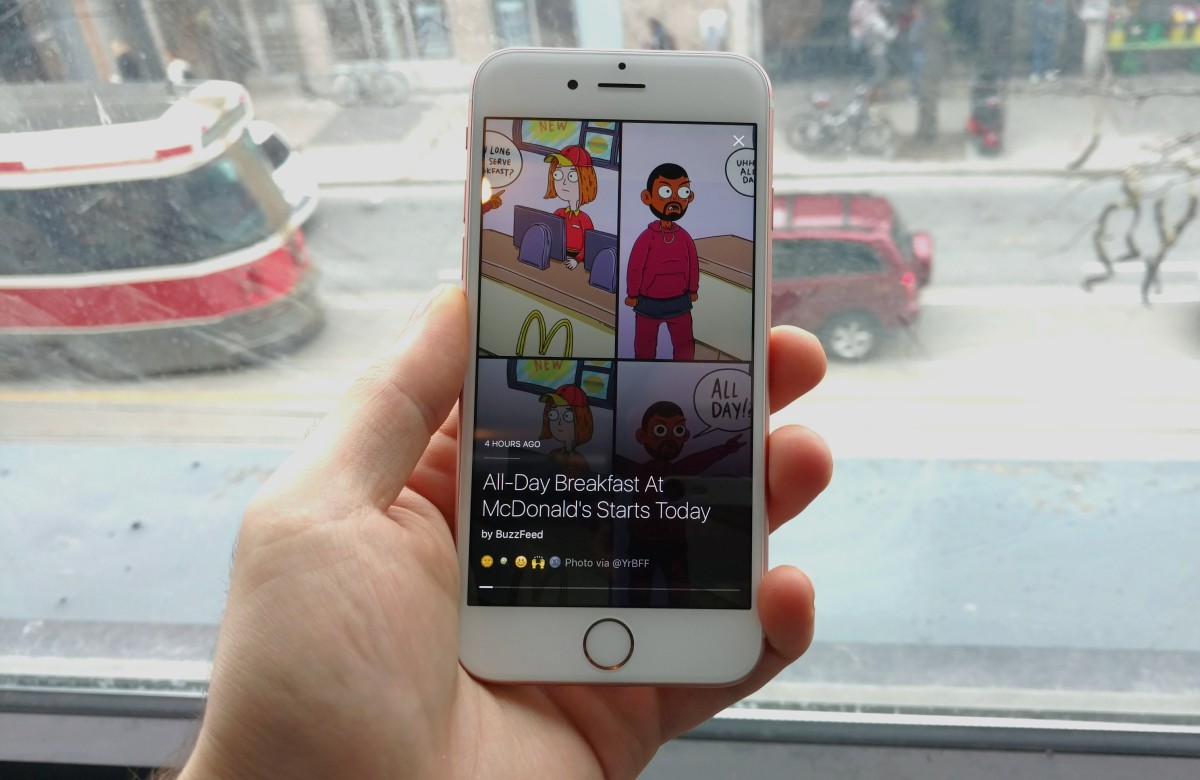 Here's a quick demo of Moments that I got this morning from @TwitterCanada's @cam_gordon pic.twitter.com/BSBxB8C9zc

Earlier today, as a number of companies, including Microsoft, Starbucks and Roku introduced new products, Twitter unveiled a way that would have made following those announcements much more enjoyable.

If you’ve ever used Twitter, you’ll know that the more people you follow, the harder it is to keep track of the important news stories, trends and interesting Tweets that fade like smoke through the real-time peloton of the feed. 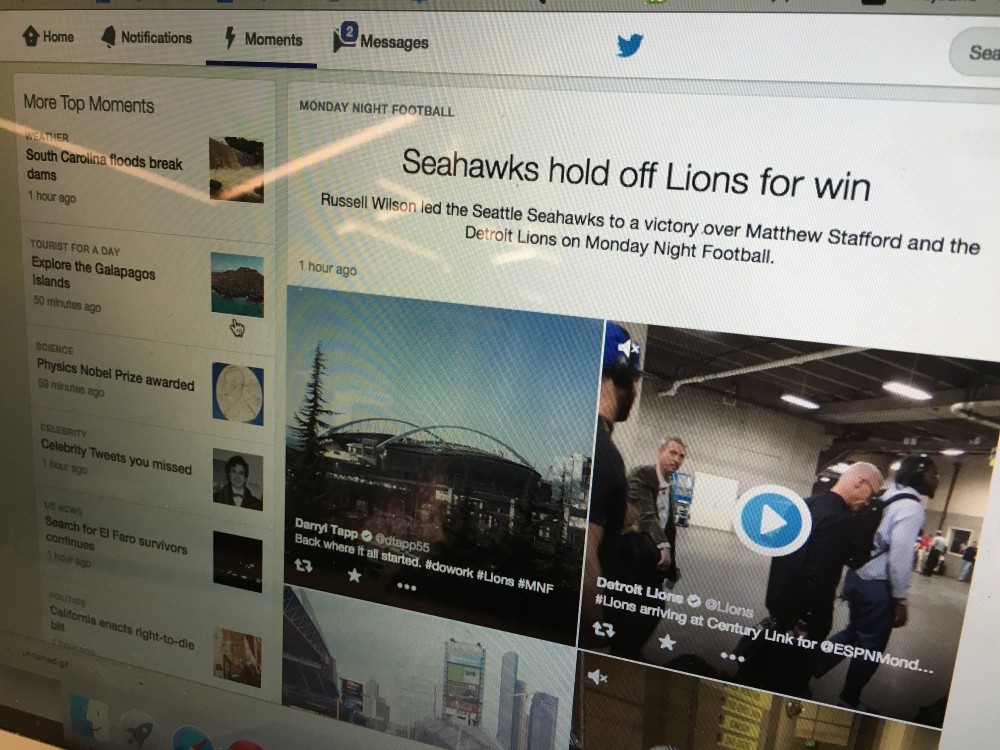 The most interesting Moments are those that are unfolding in real time; a series of photos and videos of the floods in North Carolina captivated me as I scrolled horizontally through the human-curated collection of Tweets, each with full-screen photos and videos. And because the collections are culled from both regular people and verified media properties like Bloomberg, BuzzFeed and Bleacher Report (and others that don’t begin with ‘B’) users get a wide swath of interpretations.

Twitter plans to roll out Moments to the U.S. first, because the platform requires an enormous amount of human curation. Twitter Canada spokesperson Cameron Gordon told me that the company plans to hire Canadian curators, but does not have a timeline for the feature to debut in Canada.

In the meantime, heading to the @TwitterMoments account itself allows you to see what will eventually become a huge component of the Twitter experience, which on its own is often unwieldy and inhospitable to newcomers. The company uses Vines to great effect in Moments, along with autoplaying GIFs and regular 30-second video.

Whether the feature will be sufficient on its own to user growth after several quarters of poor user acquisition — the company has around 300 million monthly active users, far lower than Facebook’s, and increasingly dwarfed by Instagram — remains to be seen, but it’s no surprise that Moments debuts a day after the announcement of Jack Dorsey as the company’s permanent CEO.