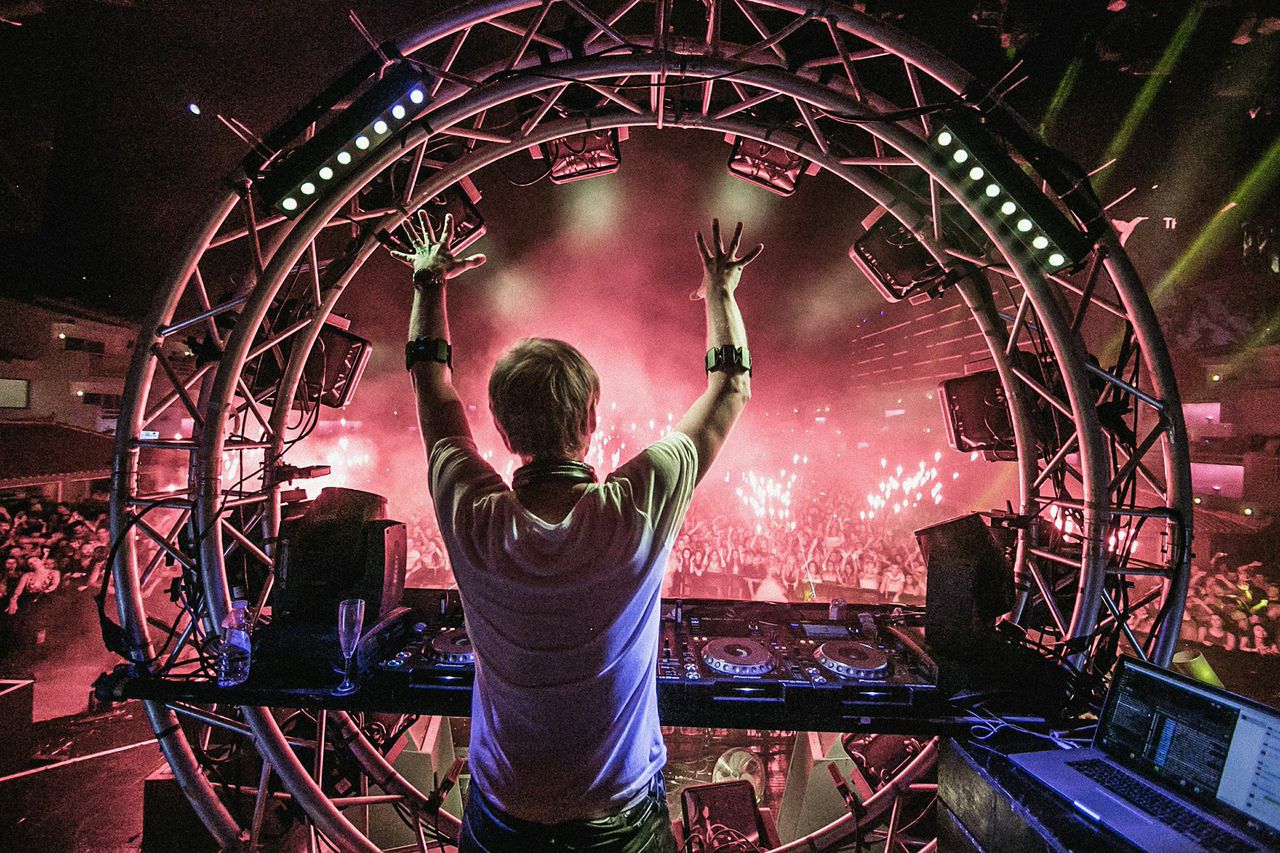 At the WEST Conference in October, Thalmic Marketing Director Sameera Banduk spoke on a panel about the potential for wearables to impact music creation and live music performance, teasing “big announcements” coming soon.

Today, Thalmic has announced a partnership with global DJ icon Armin Van Buuren, and his production company, Haute Technique, to bring broader music capabilities to the Myo armband. With the partnership, Haute Technique has built a custom integration with the Myo for Van Buuren, allowing him to control lighting and stage effects touch-free. The Myo also can connect to music creation software like Serato, Logic Pro, and GarageBand as a control mechanism.

As the first DJ to use the Myo live onstage, including performances in EDM mecca Ibiza, Van Buuren appears notably excited to introduce new technologies into his sets. In a statement given to BetaKit, he said, “I love to involve new ideas into my show. Crowd interaction is absolutely key to me and the Myo gesture control armband helps me with this. It creates a unique experience for the audience and it feels like I’m even closer to them.”

As a control mechanism, it’s clear that the Myo offers opportunities in many different verticals. One might assume that, like the Oculus Rift, gaming would be a source of focus, but I also ran into Thalmic employees at the recent SportsHack 2014 hackathon, demonstrating that the company is keeping its options open. With the Van Buuren partnership, however, it’s clear that the company believes music creation and performance are opportunities to build awareness for its armband, if not sources of revenue.

This post was originally published on our sister-site, BetaKit.