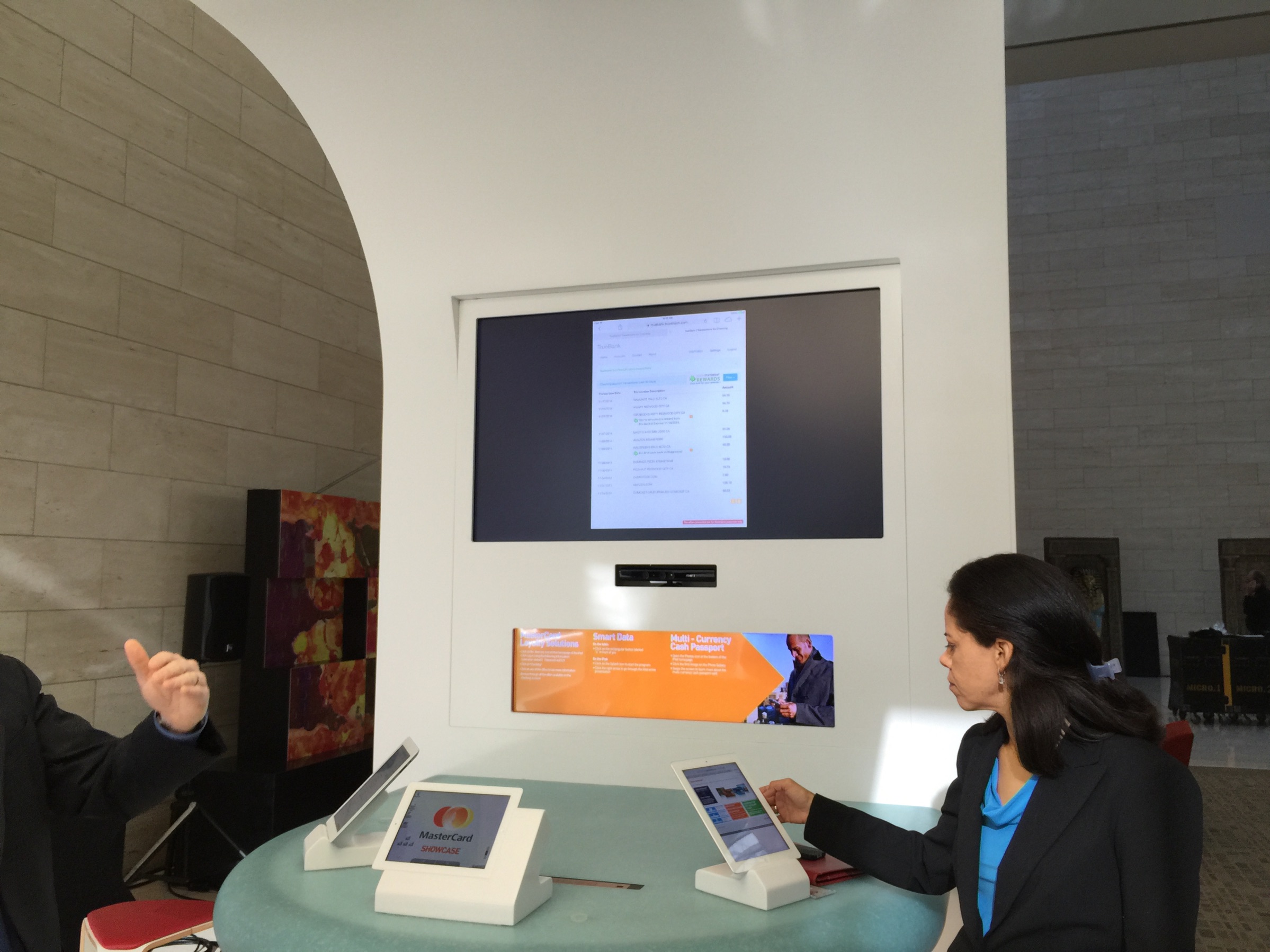 When MasterCard got too big for New York City it moved to the sleepy town of White Plains, 45 minutes from the bustle of Manhattan.

Here it underwent its change, over the last five or so years, from what people believed to be a credit card company into something more ephemeral. In fact, MasterCard, like its counterparts at Visa and AMEX, doesn’t care how people access its network — plastic credit cards or digital tokens — as long as it is processing the payments.

Recently, MasterCard was in the news for voluntarily lowering its processing fees, making it cheaper for merchants to put through the millions of transactions that happen throughout Canada each day. And while there’s no risk of plastic being replaced, mobile payments and digital transactions are reshaping MasterCard from the inside out.

I had a chance to visit the company’s White Plains headquarters and contrast it with a sojourn to the MasterCard Tech Hub, an open-concept work space that spans three floors at 114 Fifth Avenue, home to online publishing heavyweights Mashable and Gawker, and came away impressed. The company is massive, a $100 billion company trading near an all-time high, but the spaces I saw were open and modest.

So too were the people. I spoke to members of MasterCard’s development teams — and there are many — who told me about how the company doesn’t really care how payments are processed, as long as they’re the ones doing the processing. To that end, the have envisioned a startup culture within MasterCard itself, a budding group of internal teams working on creating hooks into the company’s OpenAPI infrastructure, in addition to working with external partners.

One such internal project is Qkr!, which makes it easy to order food from a particular area in a public place. Qkr! (yes, with the exclamation) taps into MasterPass, MasterCard’s single sign-in for a users’ credit card credentials. Envisioned as a way it easy to fill in payment credentials online, MasterPass has evolved to include an expansive ecosystem of merchants and partners, from Porter Airlines and Grocery Gateway in Canada to Rakuten and MLB in the U.S.

Qkr! uses the MasterPass backend to facilitate mobile payments in real places. It’s one of MasterCard’s first experiments in competing in the budding field of quick service checkout, similar to what PayPal has been doing with TouchBistro. The competition is endless, from similar services powered by Square and Stripe, to local upstarts like Toronto’s Tab. MasterCard hinted that Qkr! is in talks to launch with a “well-known cross-Canada” merchant sometime early next year.

MasterPass appears to be poised to become the backend for everything MasterCard does with mobile payments. It’s even being groomed to begin offering white-labelled alternatives to products like Apple Pay, which would allow merchants to implement quick and secure touchless payments inside their stores using MasterCard’s cloud infrastructure.

The problem with today’s current implementation of smartphone-enabled payments is the requirement of a secure element, the place where a customer’s payment credentials — the 16-digit number on the front of his or her card– are stored separate from the rest of the phone’s data. On Androids and BlackBerrys, this has come in the form of a secure SIM card; on the iPhone, there’s a secure element built in to the phone’s processor. While easier to implement, such an implementation has posed a problem for issuers like Canadian banks, which must certify a specific device for compatibility. As such, most current payment solutions only support a small number of handsets, usually high-end Samsung devices, and may only work on one or two carriers.

MasterCard’s solution is to move the secure element into the cloud, where the company itself can store the same information in a way that would not compromise data.

Another method, called Host Card Emulation, uses the device to store the credentials, but does not require a secure element. It does, however, require Android 4.4 and above, whereas the cloud solution will work on any platform, most versions.

All this prep work comes as Apple has launched its mobile payment solution, Apple Pay, with Visa, MasterCard and AMEX. Currently, only U.S. banks are participating, but Jason Davies, MasterCard Canada’s head of emerging payments, says that the Canadian market is primed for Apple Pay: consumers are knowledgeable; merchants have the technology; and the banks have rolled out their own solutions already. Apple’s desire to accrue revenue from the transaction throws a wrench into the plans, but it’s all but certain that Apple Pay will launch in Canada — it’s just a matter of when.

When that does happen, the technologies behind the product, from NFC to biometric authentication to tokenization to EMV, will become more widely known to consumers, and MasterCard thinks it will normalize the behaviour in their eyes. Current mobile payment solutions have roadblocks, be it on the platform or marketing side, but consumers know and trust Apple’s brand, and want to participate in the company’s services. Apple Pay, from a technological standpoint, doesn’t do much new — only tokenization is a newly-implemented standard — but that Apple owns the whole stack, from hardware to software, makes it more likely people will recognize it and want to take part.