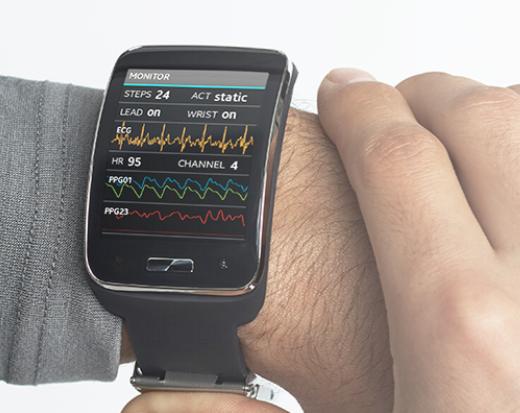 Samsung has been busy with its developer conference this week. We’ve already heard about Flow, Samsung’s own version of Apple’s Continuity, Proximity (which is a lot like iBeacon), and a new Advanced S Pen. In addition to all of that, Samsung has announced Canadian availability for the Gear S and is talking a bit more about it’s plans for fitness and health tracking.

It’s supposed to be a health tracker that developers can use as a reference platform for developing their own tools and Samsung combined this week’s announcement with the release of the relevant API and SDKs.

If the name Simband rings a bell, that’s because we actually first heard about it way back in May, when Samsung announced a prototype wearable capable of monitoring temperature, blood flow, blood oxygen and CO2 levels, and more. All of this is data is tied into Samsung’s SAMI platform, an open, cloud-based service that collects and analyzes the data.

Simbands are now available for pre-order through Samsung. You can fill out a request form here.