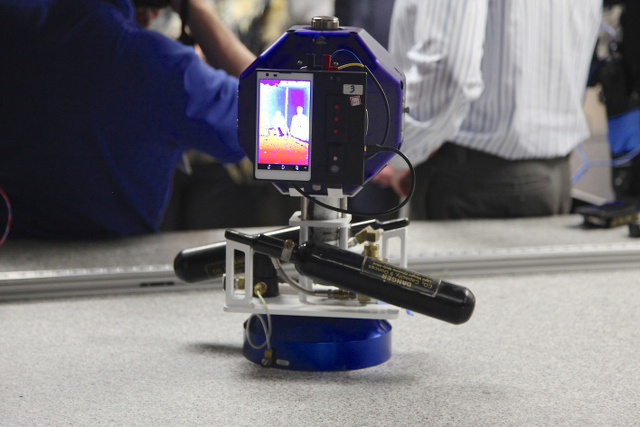 The Wall Street Journal is reporting that Google is planning to expand its Project Tango initiative to include tablets. One of two projects from Google’s ATAP division, Project Tango is designed to track 3D movement using a variety of smartphone-powered cameras and vision processors, which were most recently seen being attached to NASA robots for use in the International Space Station.

According to the WSJ, Google’s expansion plans involve production of approximately 4,000 prototype tablets in June. The tablets would feature a 7-inch screen, as well as the cameras and infrared sensors found in the smartphone models that are used to track and produce three-dimensional images of objects. As noted by GigaOM’s Kevin Tofel, manipulating and interacting with 3D images is much easier on a 7-inch screen than a 5-inch one, which is probably why Google has upped production from its initial 200 unit smartphone run.

The addition of tablets won’t make Project Tango our favourite ATAP initiative, but that could change if Google and NASA are willing to send us a space-faring robot.