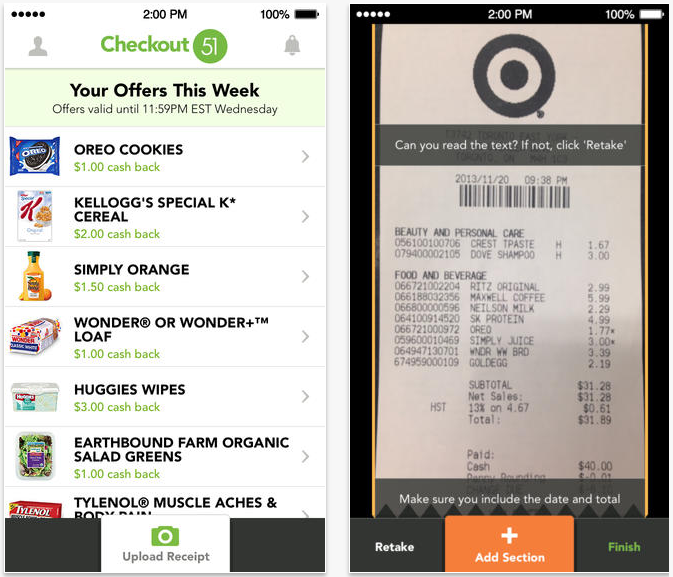 Some good news coming out of Toronto-based Checkout 51. The app aims to save Canadians money on their grocery bill and they’ve announced that its members, which now exceeds over 500,000, have “saved more than $2,300,000 in 2013.” The busy holiday feast-fest must have been really great as this represents an increase of $300,000 from November.

The app is available on both Android and iOS and allows users to scan their grocery bill for any Checkout 51 special offers. If there’s a match, which usually is around $0.75 to $2, you’ll be credited the amount and when your account reaches $20 they’ll send you a cheque.

Checkout 51 officially launched December 2012 and there’s no indication if it’ll be coming to Windows Phone or BlackBerry 10.