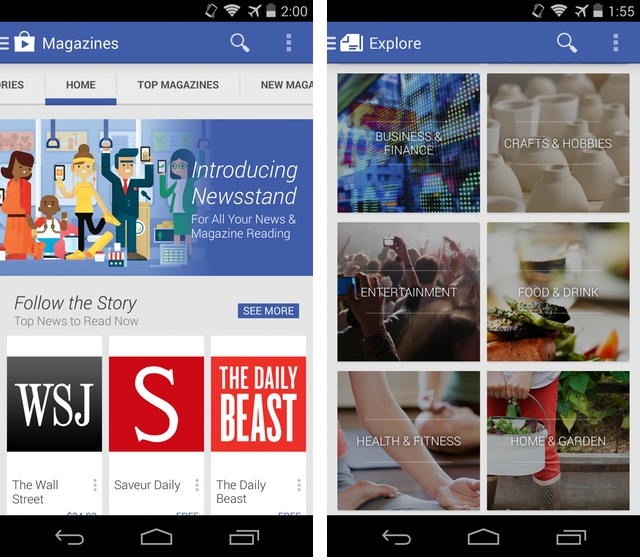 After months of speculation, Google is rolling out an update to its Play Store whereby the existing Magazine feature is to be replaced by a new category, Newsstand.

The idea is simple: Google wants the portal to be more than merely a destination for digital magazines. When the update rolls out in the next few days, users will be treated to newspaper subscriptions, blogs and news sites, in addition to the existing magazine selection.


Play Newsstand looks similar to the service it’s replacing, but has a lot more depth; you can read entire newspapers, news sites and blog posts from within the app, much like the current iteration of Google Currents, saving the articles and stories you want to read later (or again).

Google will be rolling out a corresponding update to the Play Store, replacing the affected branding and expanding content to fit the new look and name. Play Newsstand adopts a slightly bluer tone from the purple of Play Magazines, which better suits the Play Store branding.

We’re hoping the new storefront allows Canadians to subscribe to content using existing print memberships like their U.S. counterparts, but we’ll have to dig a bit deeper to find out. 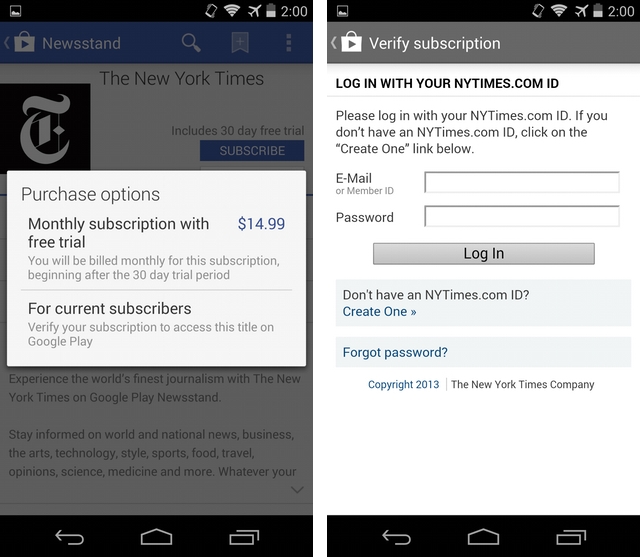 Update: We’ve got good news and bad news. Good news is that existing newspaper subscribers can link their accounts for free access to staples like The New York Times and The Wall Street Journal; bad news is that nothing seems to have changed on the magazines front, so New Yorker, GQ and Maxim subscribers are still out of luck.