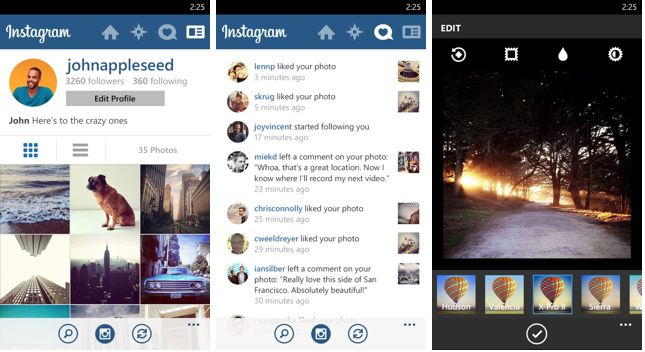 The app reportedly features the same filters that iPhone and Android users take for granted, but the experience will be different from the Android and iOS versions in that users will be taken to the native camera app to capture an image before returning to Instagram.

In addition, the first release does not have the capability to do video uploads. A rep from Instagram stated, “We’re not finished, and our team will continue developing the Windows Phone app to keep releasing features and bringing you the best Instagram possible.”

Update: The app is now live – link here — with the following description and seems to be incongruous to what was previously reported: