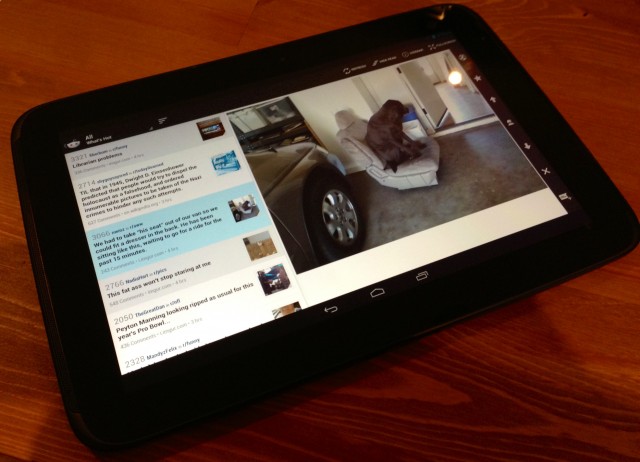 Android and Reddit go well together, both a bastion of free speech, open source and a hint of the unrefined. There are myriad great Reddit apps for the platform, some from notable developers like OneLouder Apps (BaconReader) and small teams (reddit is fun, reddit sync), but the one consistently hailed as the best is Reddit News, from one-man outfit DBRADY.

Available in both ad-supported and paid versions, Reddit News sticks to Google’s Holo design guidelines and adds a ton of features that are sure to delight even most casual Reddit fan. The latest version brings a native tablet interface with sliding frames, much like Press or Tapatalk HD, and incorporates Google’s new YouTube API for in-app playback.

It’s likely the nicest-looking, most full-featured Reddit app available for the platform. It’s available for $1.99 and you’re helping a really hard-working developer, so why don’t you give him some cash for his trouble?