MTS bringing mobile payments to Manitoba in 2013, powered by the Big 3 joint venture EnStream (and RIM) 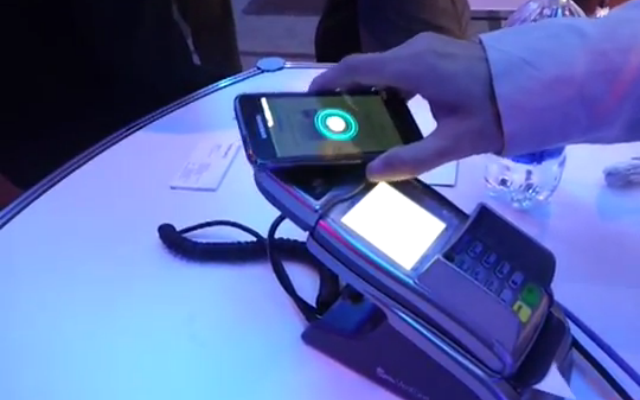 Rogers, Bell and TELUS joined together a few years ago and formed EnStream – a business focussed on bringing secure mobile payment solutions to Canada. One of their products was Zoompass, but the assets were recently sold off to Paymobile for what we hear about $1 million. However, EnStream is still chugging along and there were a couple of announcements today.

First, EnStream will use RIM’s “Secure Element Manager (SEM) solution to manage credentials on wireless handsets in Canada that support Near Field Communication (NFC) services.” This is not just for BlackBerry devices, but RIM’s SEM extends to other handset smartphone operating systems as it works on the users SIM, so Android and Windows Phone were mentioned.

Andrew MacLeod, RIM’s Managing Director for Canada, stated “RIM is very pleased to play a key role in this Canadian mobile payments solution. Working with EnStream, we’re delivering a service that will enable speed, security and convenience in mobile, contactless payment. RIM’s SEM solution will help deliver mobile payments and other NFC services to all carriers across all handset platforms that support NFC technology in Canada… For banks and for Canadian consumers, RIM’s SEM solution is designed to make payment with your smartphone both seamless and secure. Whether you’re filling your gas tank, picking up a coffee, or buying groceries, making a purchase will be as simple as tapping your smartphone.”

It’s expected that the Big 3 will bring this to their NFC mobile payments to their customers. Rogers is already on tap to launch “suretap” with CIBC later this month, via a mobile app and only on a couple BlackBerry devices for now.

However, it also seems that regional Manitoba carrier MTS will hop on board the mobile payment train in 2013. In a press release they noted that “MTS announced today that it has signed an initial agreement with EnStream LP to bring secure mobile payment technology to Manitoba in 2013. This technology will facilitate mobile commerce (mCommerce) transactions and give MTS customers the ability to pay for goods and services at participating retailers using certain smartphones and mobile devices. The initial agreement between EnStream and MTS gives MTS access to EnStream’s Secure Element Management (SEM) platform, and in turn, EnStream will provide participating banks and other financial institutions the means to facilitate transactions for MTS customers.”