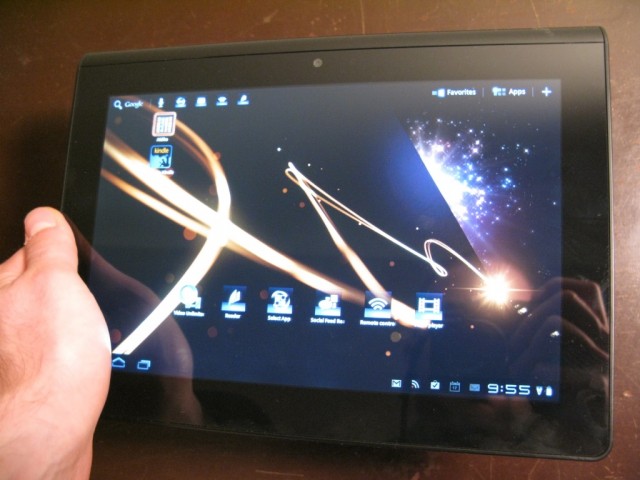 Sony’s aging Tablet S still has some love to give. The company recently updated the Tegra 2-powered tablet to Android 4.0.3 and has now pushed another update bringing it in line with its Xperia Tablet S sibling.

One of the best features it’s received is Guest Mode, where users to log into a separate profile to use the app without being allowed to dig into its owners private files, photos or folders. This is a feature we wish all Android tablets had, and it could indeed be coming in future versions.

Other additions include new media players such as Sony’s rebranded WALKMAN music player. There are new Small Apps in tow such as a small browser, IR remote, calculator, voice recorder and timer, all overlaid over your existing open app.

There’s also new macro functionality in the Remote Control app, allowing you to program six macro keys to combine functions, much like a universal remote.

The update should be rolling out in the coming days, so let us know if you receive it.