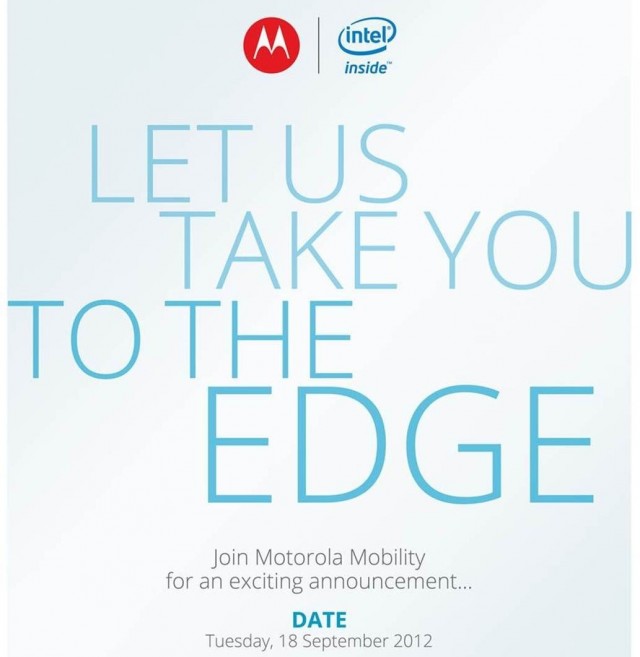 Motorola and Intel were rumoured to release an Intel Medfield-based device earlier in the year, but it looks as if the upcoming Android phone will be announced on September 18th in London.

Using a hashtag #MOTOEDGE, it seems that the companies are crafting an Android smartphone which will run on Intel’s x86-based Medfield architecture, a form of its low-powered processor converted to system-on-a-chip form.

While few details are currently known about the device, we’re guessing it’s going to have a big screen, a very good camera and likely run Android 4.0, the first x86 device to do so.