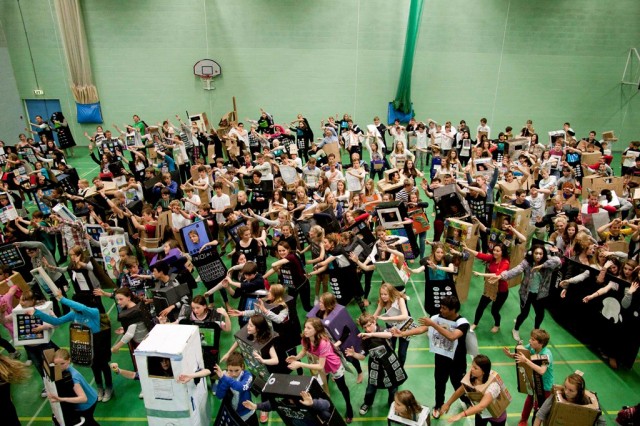 Here’s your weird, but rewarding, news for the day. In an effort to raise money for various UK-based charities, plus also set a new world record, a total of 330 people from Caterham School dressed up as mobile phones. Apparently planning the event took place several weeks and to participate they had to donate £2 ($2.50 CDN) to the cause, plus dance in unison for 5 minutes – that alone is an interesting sight. Well, they can now cross this feat off their bucket list as the World Records Academy have officially declared the 330 as world record holders.

Assistant Headmaster David Clark said “They promoted the event for several weeks to make sure that they had the numbers. Of course getting the 330 participants to rehearse properly prior to recording the five minutes was also quite a challenge. Some of the mobile phone designs were exceptional and covered the range from the latest smart phones to some very old styles. It was great fun and all the pupils deserve credit for making it an enjoyable event.”

Lots of iPhones, BlackBerry and Nokia’s in that picture.