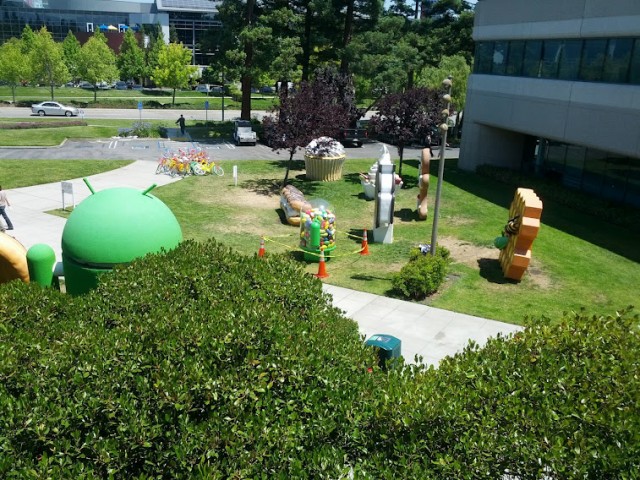 Every year with a new Android OS Google places a statue on its front lawn… this year brought an Android robot filled with Jelly Bean. It’s almost been a week since the new OS was announced and due to the extreme Mountain View temperatures the statue has suffered an overwhelming amount of heat and has somewhat melted.

Android engineer Dan Morrill posted a picture on his Google+ account that stated “Jelly Bean is so ridiculously hot that the JB statue overheated, and his head partially melted and popped off.And then we think somebody stole one of the jelly beans. People: please don’t steal our jelly beans.”

Maybe we’ll see the jelly bean pop up on eBay. Morrill says that the design company is “already working on a bug fix.”