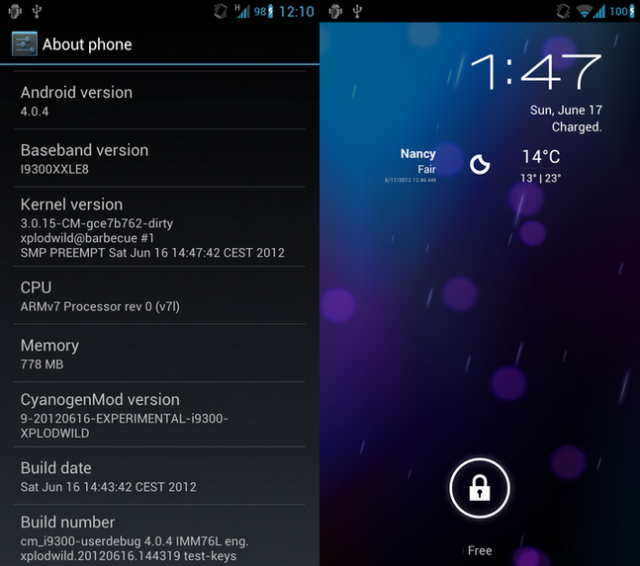 If you were one of those impatient few who felt it better to import a Galaxy S III than wait until the end of the month for the LTE version, you’re in luck. Official nightly builds of CyanogenMOD 9 have been released for the GT-i9300 and they’re surprisingly full-featured for an early ROM.

Everything seems to be working as it should except for the FM radio and a couple issues with the camera flash. Others are reporting that battery life is significantly better on the AOSP-based ROM, but you do forgo many of those excellent Samsung inclusions such as the hardware-accelerated browser and burst mode-compatible camera app.

Considering the Galaxy S III is about as easy to flash a new ROM on as you can get, you can always try it and go back to your old TouchWIZ ROM if things aren’t working out.

Head on over to XDA-Developers to discuss the ongoing CyanogenMOD 9 builds.