Once more, with feeling: is this the Galaxy S3? (Rumour) 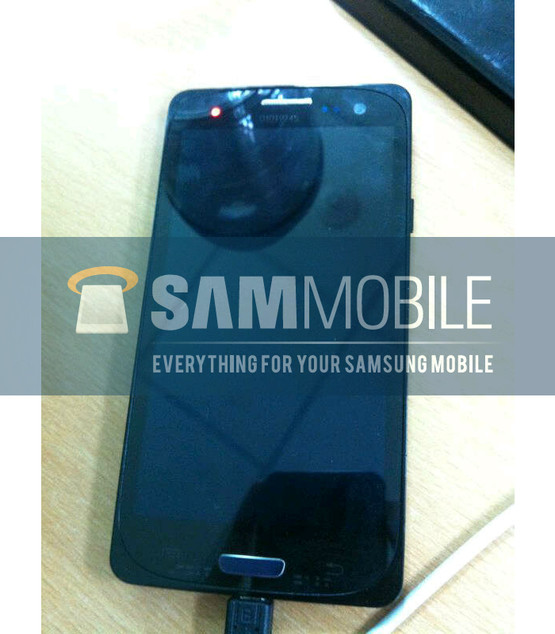 This is the last one, we promise.

On Thursday, Samsung will reveal the final design and specifications for the insanely anticipated Galaxy S3, or whatever it will be called. We know very few actual facts about the device, other than it will sport an Exynos 4 Quad chip, but even that is in dispute depending on where in the world you live.

The latest leak comes from SamMobile, a website that has made itself famous for leaking Samsung firmwares before they’re officially available. Supposedly a trusted source has sent them the above image, claiming it to be as close to the final hardware as they’ve seen. In other words, it’s squared-off corners indicate another “test box” design, but that could just be a template for the rounded goodness we’re expected to see on Thursday.

The more interesting news is what’s inside the thing: the source claims a 12MP camera, as well as Android 4.0.4 out of the box. The screen seems to confirm the 4.6 to 4.8-inch size, and the reassuring presence of that hardware home button we love so much.

And the best part? The phone is expected to ship a week after it’s announced. If Samsung can pull that off, it will be a huge feat, as only Apple is able to build devices on such a large scale so quickly.

What do you think? Are you excited? We have one more leaked image of the software version after the break. 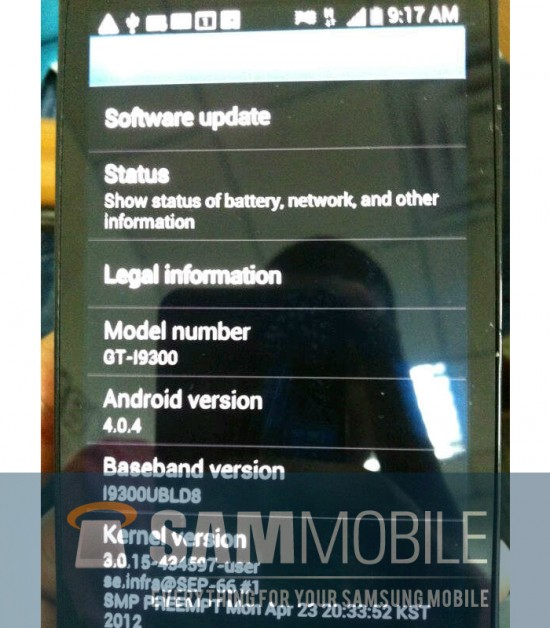