The big day is here. The first official day of BlackBerry World 2012. The fun will start at 9:00AM (EST) and if you’re not in attendance you can always watch the live stream here.

On deck is CEO Thorsten Heins with the big talk about their new vision, plus Alex Saunders, RIM’s VP of Developer Relations, will speak about developers and the BlackBerry App World. We’ll most likely hear about the new PlayBook LTE, plus App World stats, but more importantly it’ll be interesting to see how RIM will communicate the new BlackBerry 10 OS.

9:07am: Thorsten Heins is taking the stage. Congratulating everyone in attendance and thanking them for coming. “This is a very unique moment for me. My first as CEO as Research In Motion.”

9:10am: “A lot has been Let me be very very clear with you. I am here because I believe in the unique value we bring.”

9:10am: We are focussed on service the “BlackBerry People.”

9:12am: Stating how social is key, especially BBM. “BlackBerry People” is all about success. BlackBerry creates success for users and it helps people get things done.

9:14am. The purpose of RIM, the BlackBerry brand, and their 77 millions subs “BlackBerry helps them succeed on a daily basis.”

9:15am: “Everything we do now, in PlayBook and in BlackBerry 10 is to leverage this architecture to make mobility simple.”

9:17am: Clarence So, Salesforce.com CEO, took the stage to pimp out the success of their business. Will talk about their integration with BlackBerry 10 OS

9:20am: Chuck Robbins of Cisco is now on stage to talk about the long-standing partnership and saying that they will support BB 10 OS, specifically WebEX and AnyConnect.

9:23am: Thorsten talked about BlackBerry 10: “We are taking our time to make sure we get it right… We are making incredible progress on BlackBerry 10”

9:24am: Thorsten is showing off the BlackBerry 10 alpha device, will be launching “later this year”

9:39am: You can edit pictures on the go. Real time… pretty cool. In camera photo-editing

9:41am: The QNX Porche with BlackBerry 10 “computing platform” is being shown off

9:44am “BlackBerry 10 will be ready later this year. It’s so important for RIM to get it right before it’s released

10:16: Pixelimags is on stage and every BB10 user will get 10 free minutes every month for reading anything in their new newsstand. ONly for BB 10 users.

10:18am: Mippin is promoting a 10-minute BB 10 app generating. “Anyone can really have a top quality app” 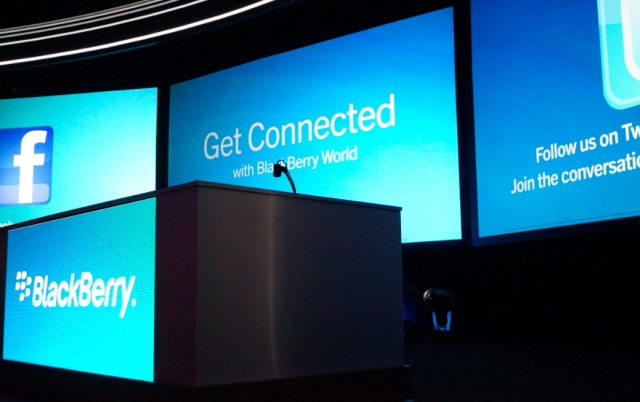 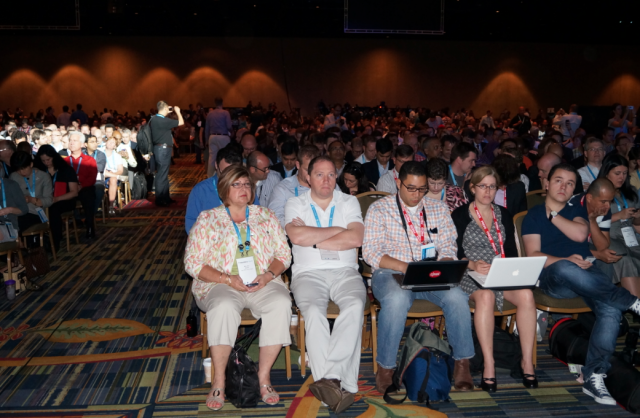 (Pics were shot with Sony α57 DSLR Camera and Lens)