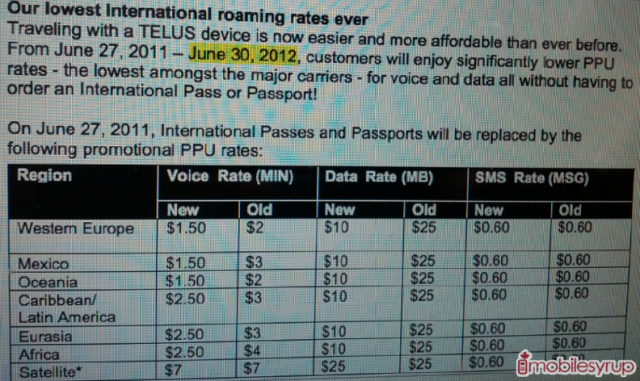 Last June TELUS slashed their international roaming rates to the tune of 60%. According to Brent Johnston, TELUS’ VP of Mobility Marketing, this “still allows us to be profitable.” The per-minute or per-MB rate were cut in the following locations: Western Europe, Mexico, Oceania, Caribbean/Latin America, Eurasia, Africa and satellite locations (cruise ships and airplanes). This was set to expire but it seems that TELUS will be extending the promo until June 30th, 2012, thus making it a year-long promo. The rates are listed in the screenshot above. Hopefully TELUS decides to come back with lower roaming rates on July 1st.