Acer CloudMobile shown off in its 4.3-inch 720p glory 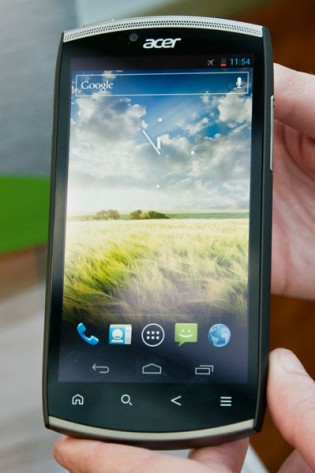 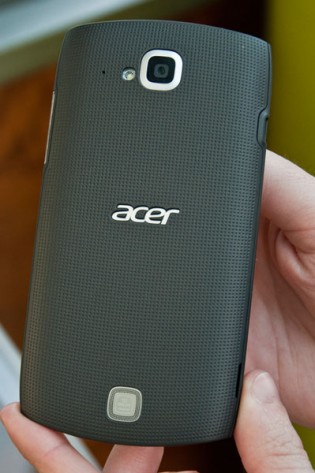 Acer’s CloudMobile may have one of the worst names in mobile (well, maybe not) but from the looks of the device itself, the company is not playing around. With a 1.5Ghz dual-core processor and a 4.3-inch 1280×720 display running Ice Cream Sandwich, the CloudMobile is going to pack quite a punch when it debuts in Q3.

A few Italian bloggers got the chance to play with the device during Milan Fashion Week, and had some positive things to say (in Italian, of course). Notebook Italia claims the CloudMobile has “excellent sound” thanks to the Dolby Digital codecs built in, and goes on to say that it has “unparalleled performance” on Android 4.1. This could be a typo, but we’ll wait for confirmation before making any assumptions.

The CloudMobile also comes with an 8MP camera and NFC built in. The showstopper feature, Acer Cloud, which should allow for real-time streaming of video, music and photos, is not yet operational, so we can’t vouch for its effectiveness. The prototype also incorporates both soft- and hard-buttons on the device, which is likely to be eliminated before the final product ships. We do wish that manufacturers would get behind Google’s attempts to eliminate capacitive buttons from devices, but there must be a reason for keeping them.

The Acer CloudMobile looks to be a fairly well-rounded device, but whether it will be able to take on the likes of the Samsung, Sony, LG, HTC and others in the crowded North American market remains to be seen. For a video of the CloudMobile in action, check after the break.

Source: Notebook Italia
Via: The Verge