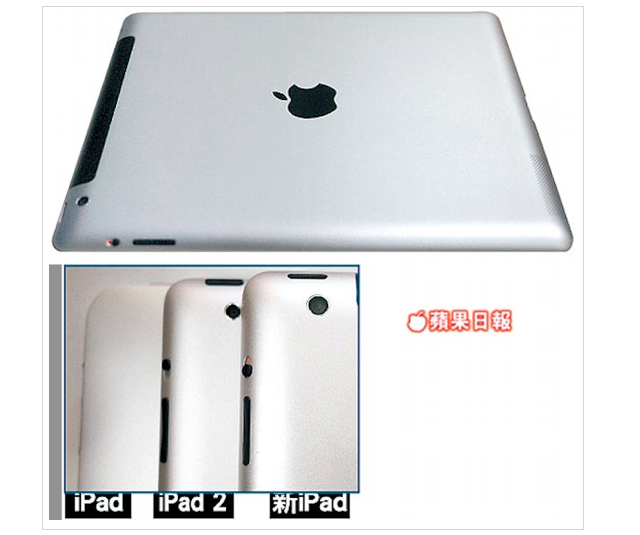 Take this for what you think it’s worth, could very well be a photoshopped, but the rumours of Apple’s next generation iPad 3 are coming together nicely. An image has popped up online from overseas site Apple Daily of what they believe is to be a next iPad, clearly showing a bigger camera lens and hinting at the rumoured 8 megapixel camera. In addition, the report also states the iPad 3 edges will slightly be redesigned and have the same 9.7-inch display, but will be the 2048 × 1536 Retina Display that’s previously been rumoured.

Apple is rumoured/expected to be announce the iPad 3 the first week of March.