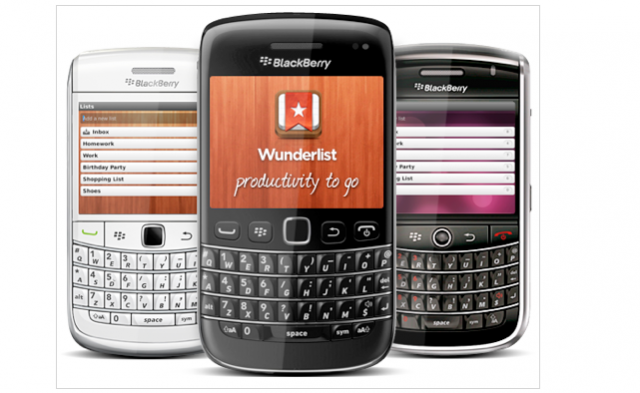 As if in direct response to Producteev’s big news this morning, Wunderlist didn’t want to be left out of the spotlight. The company, which has apps for iPhone, iPad and Android, has announced the release of a BlackBerry app for OS 5.0 and above.

The app supports all screen sizes, including the all-touch Torch and the Bold 9900, so everyone should be able to enjoy it. Wunderlist supports lists and individual tasks, including reminders, due dates, notes and priority access. It syncs over the cloud with all your other accounts, and allows you to email tasks to yourself.

The only caveat is if you have a Bold or Curve device, you must have a microSD card installed to use the app. Check out the new BlackBerry app and let us know how you like it.

And, according to a Wunderlist representative, there is a Playbook version coming soon!