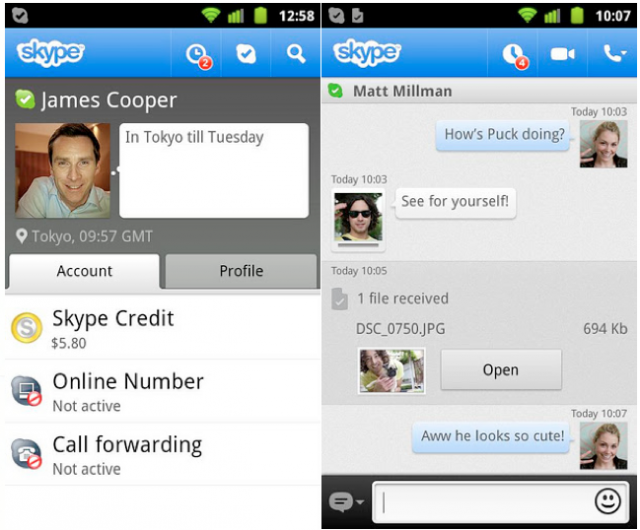 Skype for Android has been out for a while now but it’s taken until now for most of the bugs to get ironed out. Not only did it support only a few devices for video calling at its inception, but the quality was far lower than most users expected coming from a PC or iPhone.

The company, which is now owned by Microsoft, is continuing to deliver on its promise to improve its Android user experience. To wit, it as added video and photo sharing between contacts over 3G of WiFi.

Another big plus is that Tegra 2 devices have seen drastic performance increases, improving battery life and video quality on tablets such as the Galaxy Tab 10.1 and phones such as the LG Optimus 2X. Device support has been fleshed out, too, with newer phones like the HTC Amaze and Motorola RAZR seeing official video support.

Check out the update in the Android Marketplace.