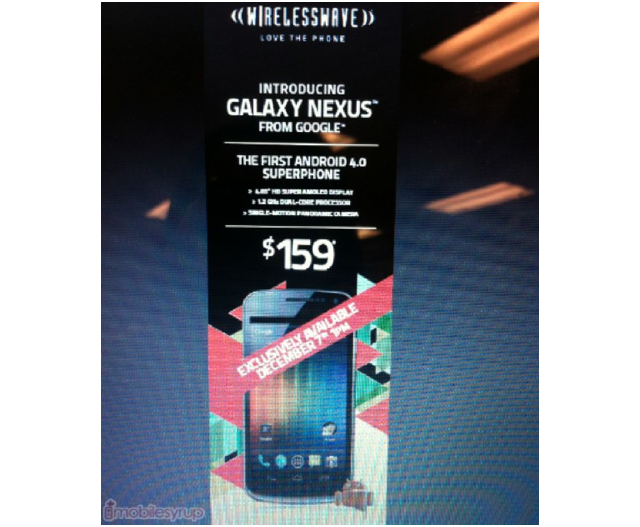 December 7th is a big day in Canadian wireless, mainly because the anticipated Samsung Galaxy Nexus is launching that day in Toronto (official launch for the rest of Canada is on the 8th). As noted earlier, the OS 4.0 powered device will be exclusively available through Bell and Virgin Mobile, then in January other carriers such as Rogers, TELUS and Videotron will release it too. It’s also rumoured, not confirmed, that Mobilicity and WIND Mobile will join as well.

On Wednesday select Bell, Virgin and Best Buy locations in Toronto will start selling the Galaxy Nexus at 1pm, now other retailers such as Future Shop and WirelessWave have joined the growing list of places to grab one. The Future Shop located at Yonge & Dundas will be handing out Ice Cream Sandwiches and giving free cases to anyone who purchases the Galaxy Nexus, plus offering up 50% off other accessories. Over at WirelessWave in the Eaton Centre, they’ll be opening the doors early too, 1pm on Wednesday… so LOTS of places to get yourself a Galaxy Nexus.