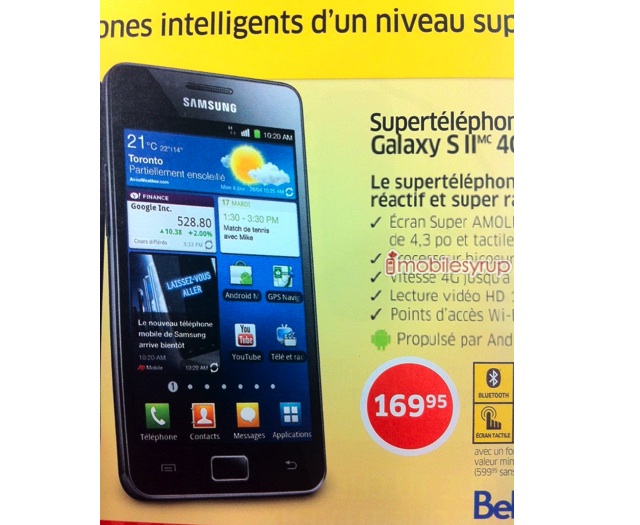 The incredibly stunning Samsung Galaxy S II 4G will be officially released by Bell on July 14th, a mere 8 days away. The no-contract price has been confirmed to be $599.95 but the 3-year has always been an unknown. When SaskTel announced they’ll be carrying the this Android 2.3 powered device they revealed in their press release that the 3-year price will be $79.99. Looking at this flyer from Bell’s retail outlet The Source show Bell planning on launching this for a 3-year contract price of $169.95.